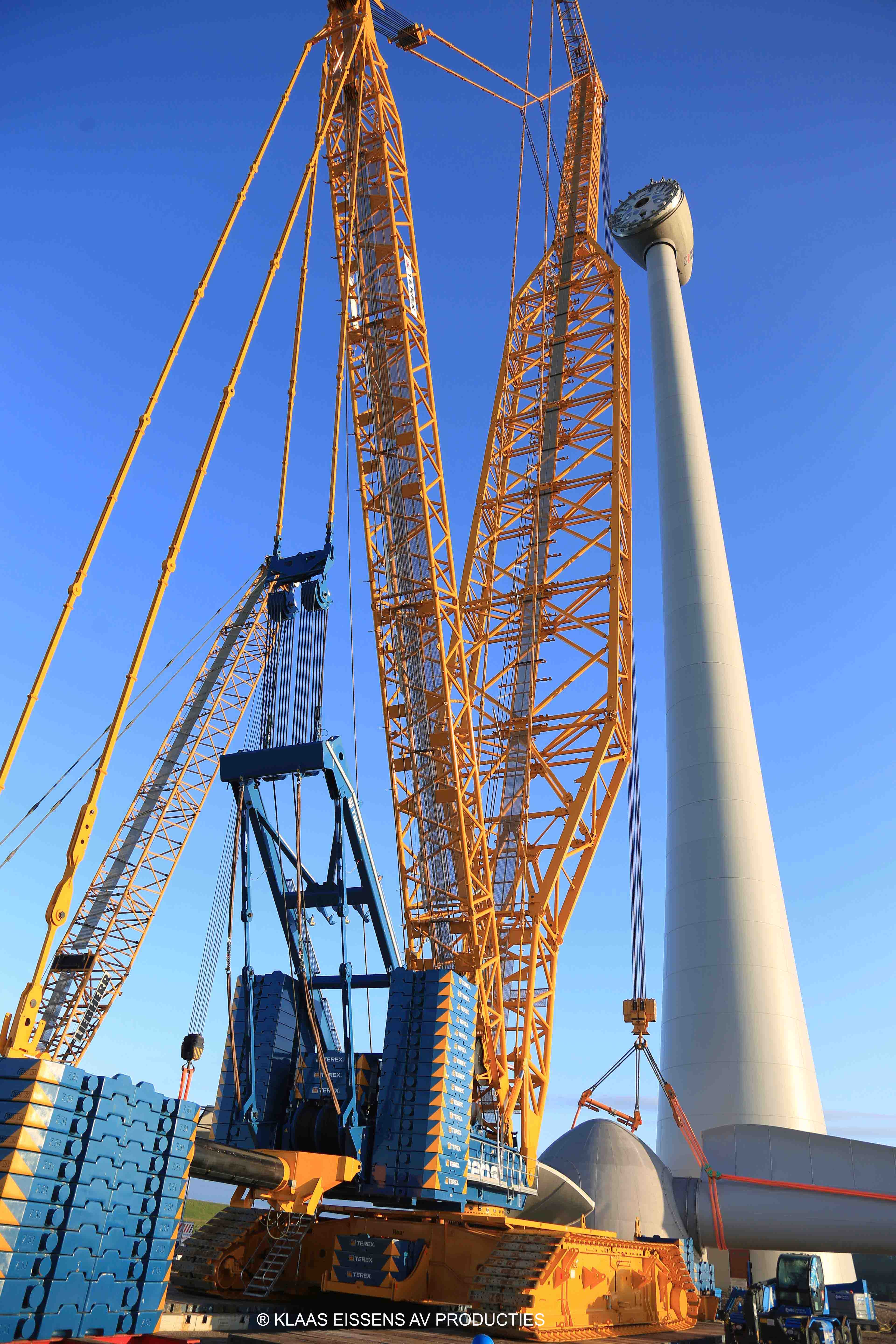 Sarens was the driving force behind the development of this boom structure as they saw the need for a high-capacity boom to increase the capacity of the CC 8800-1, a crawler crane in the 1600t class.

Together with crane manufacturer Terex, a Boom Booster was developed, consisting out of 5 inserts and 2 adapters, a total of 72m long. The Boom Booster is 10m wide and 3,2m high, with a total weight of 197t. Its elements are assemblies of single girders and lacings with pinned connections. These parts can be stored in transport racks and transported in ten 40' containers, enabling a fast and efficient worldwide shipment and deployment.

The aim of the Boom Booster is to boost the capacity of the CC 8800-1 at short radii and long boom lengths by reducing lateral deflection of the boom. The Boom Booster can be used for the assembly of large wind turbines, heavy refinery columns, solar towers, flare stacks and more.

Sarens currently owns 2 Boom Boosters, fitting all of their six CC 8800-1 cranes. One is working at Noordoostpolder, the Netherlands, where 38 wind turbines for Enercon are being erected. These turbines have a tower height of 135m and a capacity of 7,5 MW each.

A second CC 8800-1 with Boom Booster is working at the Sadara Project in Jubail, Saudi Arabia where it has lifted a 85m high column, weighing 800t. A second column lift is scheduled for the end of the year.