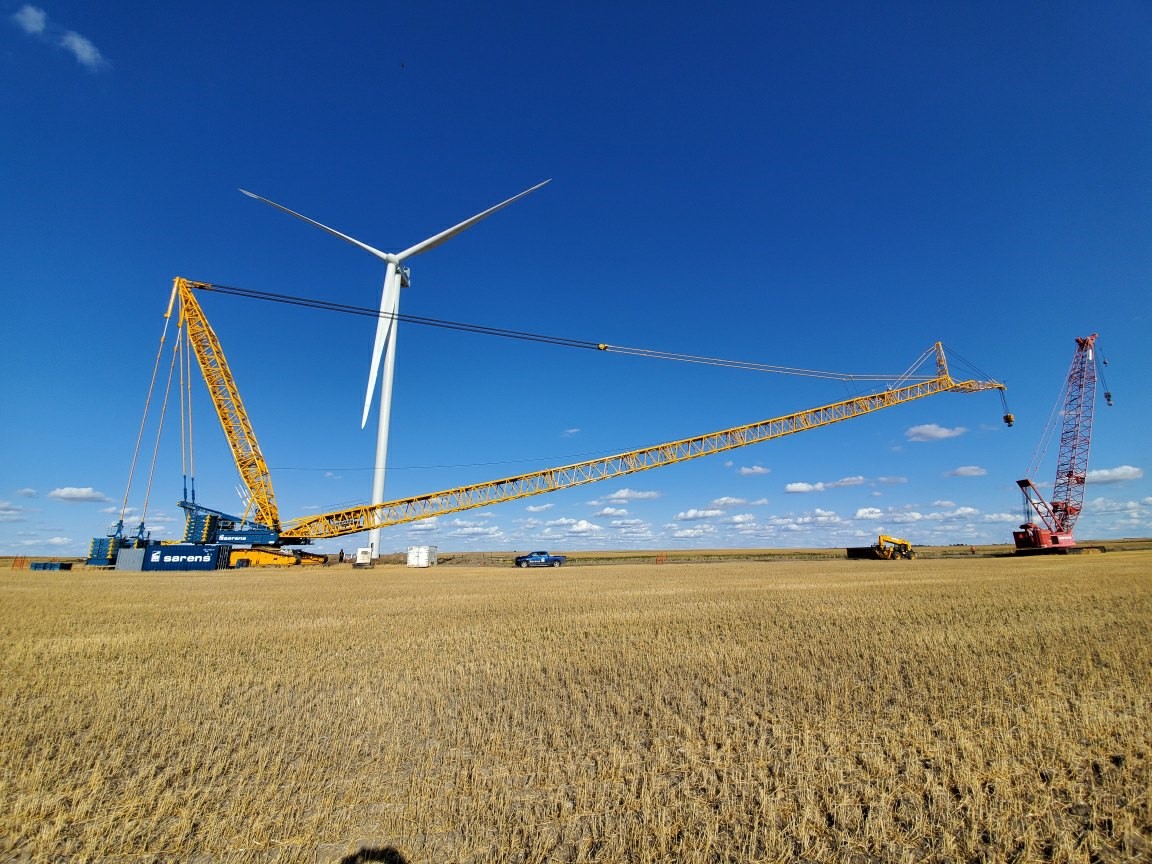 Sarens is proud to have been involved in the Whitla Wind Project in Alberta, installing several wind turbines on behalf of client Borea. This important renewable energy project has the potential to generate enough electricity to power nearly 70,000 Canadian homes each year. Completion of Phase 1 of the project is slated for 2019, when 56 Vestas V136 3.6MW wind turbines will go live.

For this operation, the Sarens crew offloaded all wind turbine components including the tower sections, nacelle, blades, and hubs. The hubs measured 105 metres, with 136-metre blade rotor diameters. The crew worked to ensure the proper placement of turbine components from offload so that the main cranes could lift them at the radius required.

To successfully lift and install the V-136 Vestas wind turbines, Sarens used two LR-1600 (SL4DB) cranes and a CC-2800 (SS/LSL + LF2 + SGL_57). The crane sizes were selected based on the scope of work, and the equipment was chosen for easy derigs and the best ground pressure for crawling from tower to tower.

The LR-1600 cranes came from Ontario and from Vancouver, while the CC-2800 was transported from Quebec. The cranes took two weeks to arrive on site and another five days per crane for assembly. The team quickly and efficiently assembled each of the cranes, staying mindful of the surrounding wetland areas and checking them prior to walking cranes into position.

During this operation, the heaviest lift executed was a 65-tonne nacelle that measured 108 metres with a 20-metre radius. Sarens would like to congratulate the crew for a successful and safe operation. Thank you to everyone who was involved in this project.