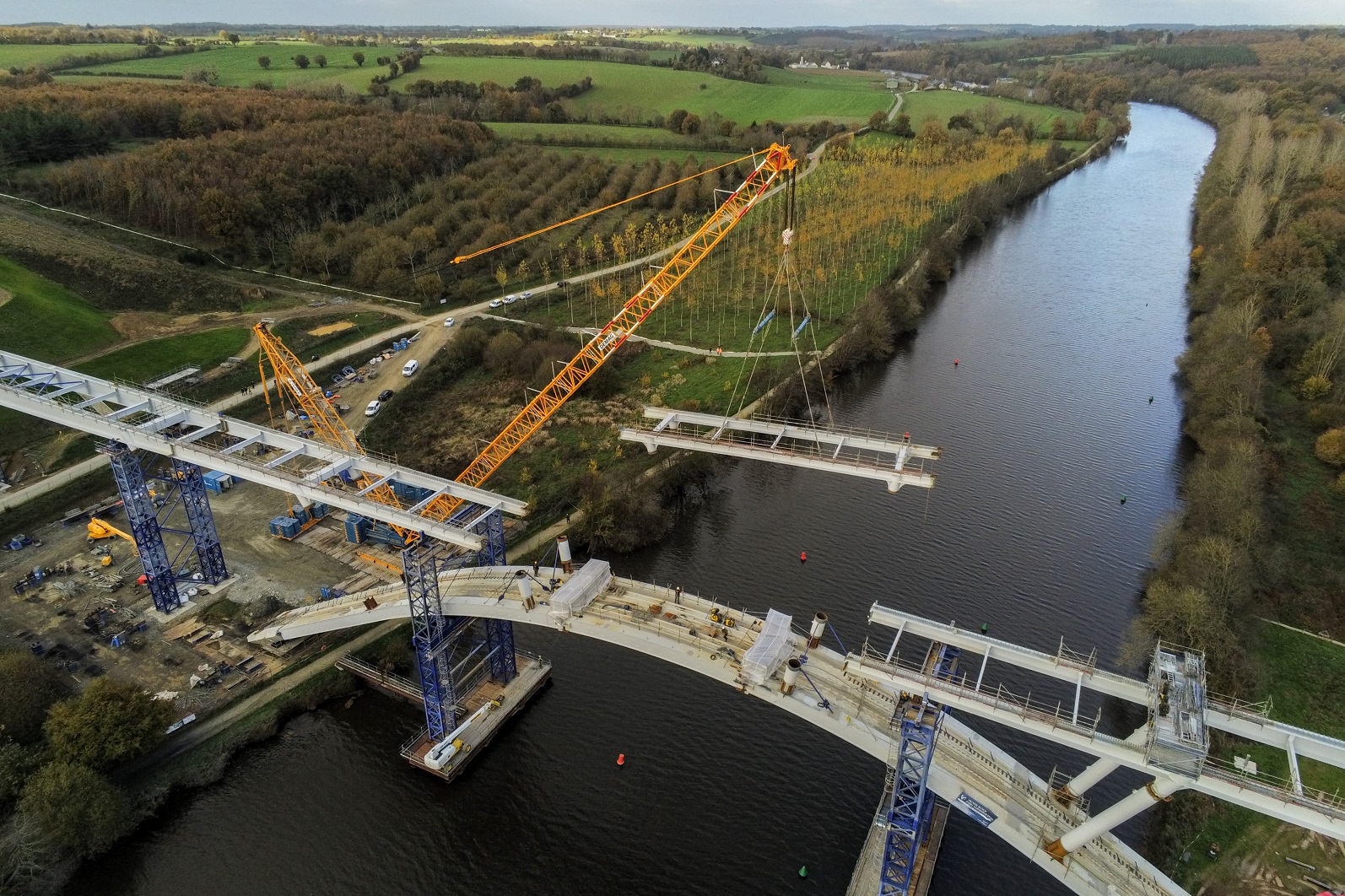 The Mayenne viaduct is situated in the north of Chateau Gontier in France and built over the valley of the Mayenne. The upgraded bridge consists of a large arch with steel columns on which the road is supported. The 300m wide bridge deck consists of a classic bipoutre with variable heights and transverse supports in between.

Our client Victor Buyck Steel Construction asked Sarens to install the bridge sections of the Mayenne viaduct from March till May, 2020. The heaviest and the most challenging section to be lifted was the arch of the bridge. The arch was 87m long and weighed 900T and had to be installed 18m above the barge.

Our team decided to use the “Wheelbarrow” principle where the SPMTs were positioned on one side and the lifting crane on the other side of the bridge. The equipment used included:

Sarens Project Manager, Roel Robberechts adds, “Another challenge the team faced was the height difference on the two side of the river which was overcome by using 4 CS1000 to neutralise the variation.”

Olivier Peyratou from our client congratulated the team on successful completion of the project and said, “I warmly congratulate all on the assembly which, with Sarens, went as planned and to the millimeter.”