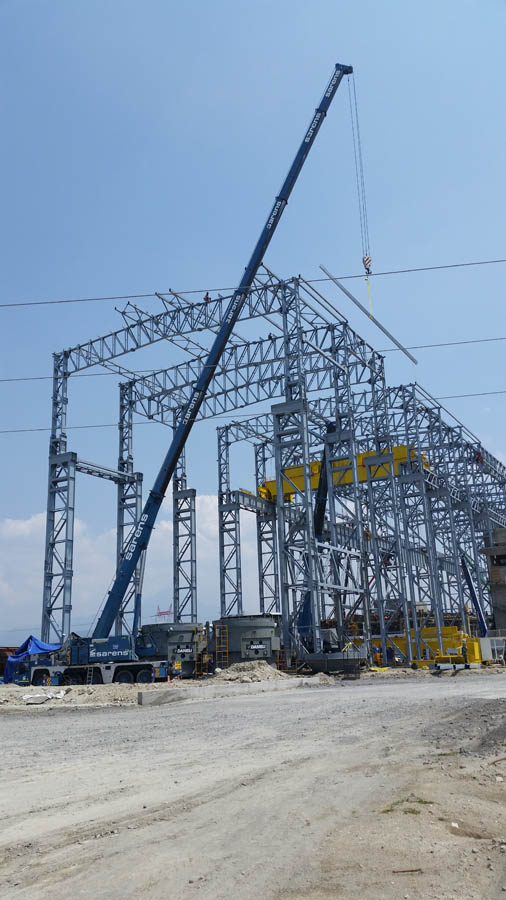 Grupo SIMEC's new $600 million steel mill project in Apizaco will be dedicated to manufacturing special steels, from large round blooms to large diameter bars and wire rod. Once complete, it will have a 600.000 tonne per year capacity. Construction began in 2016, and completion is expected this year.

Corey Estructuras contracted Sarens to perform several lifts at the construction site, and for this Sarens chose the Demag AC160 crane because of its boom length and practicality.

The crane took three hours to reach the site on its own. Sarens used three platforms for the counterweights and spent two hours setting up the crane.

Once the crane was ready, it was time to begin lifting. The loads measured 45 metres high, with a radius of 35 metres. Each weighed two tonnes. Over the course of 17 days, two Sarens team members were involved in 105 picks. They contended with the obstacles of the building itself, a few rainy days, and the difficult-to-reach radius on the structure itself.