Sarens Home
»
About
»
Projects
»
The NATO Star Move
Sarens accomplished a prestigious project for NATO to move their powerful symbol, the NATO Star to the new headquarters
6
July 2016 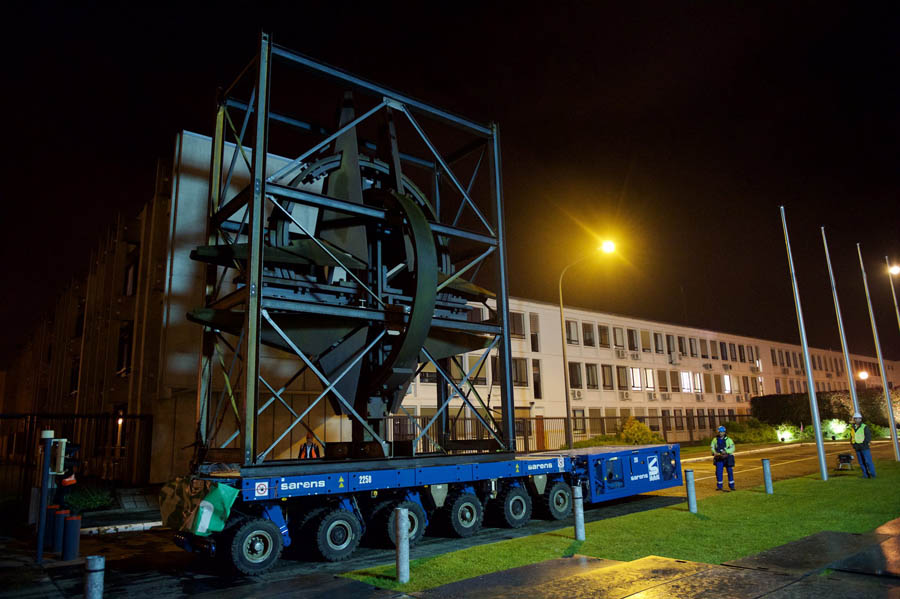 The construction of the new NATO Headquarters in Brussels started in October 2010 and is planned to be completed in 2016. Alliance personnel and delegations from NATO's 28 member countries will start to move to the new complex in early 2017. The new headquarters will be a secure, collaborative network-enabled capability supporting NATO business for future.

Sarens was entrusted with the responsibility to move the "NATO Star", the powerful oxidized steel sculpture which has stood in front of the Alliance's headquarters in Brussels since August 1971. The symbol is the face of the strongest military power in the world.﻿ The sculpture was designed by Belgian architect Raymond Huyberechts as a stylised compass "rose des vents" cut by two circles, representing Europe and North America. The design was inspired by the NATO emblem, which has been the symbol of the organization since 1953. ‪The NATO star is 7 metres high, between 4.2 and 7 metres wide. "NATO star" has moved for the first time in 45 years from the old to the new NATO headquarters in Brussels," - said the official representative of the Alliance Oana Lungescu.

As part of the move to NATO's new headquarters, Sarens had to move the Nato Star along with another piece of art, the Nato Mozaiek, across Boulevard Leopold III to its new home on Saturday 28th May 2016. Physical preparations for the move began on Wednesday, 25th May 2016). To minimize disruption to the community, the sculpture was moved during the night on Saturday, in coordination with local authorities. Sarens accomplished the task for Bam Contractors.

Several options were proposed to hoist the star but as the structure was made of thin steel plates assembled together, measures were taken to ensure that the iconic structure and a great work of art is moved with absolute precision. After several meetings at the NATO headquarters, the engineering staff of Sarens formulated the best strategy to raise and move the Star, which was the most complex out of the structures to be moved. Finally it was decided to fix the Star in a steel structure and then hoist it and place it on SPMT to carry out the transportation to the new office. Sarens deployed LTM1200 5.1, LTM1070 4.1 and KAMAG 6L +PP during this project.

Jeroen Vanrysselberghe, Sarens Project Manager who led the entire operation states that, "Undertaking a project for NATO is a matter of great pride for Sarens. We executed the project with utmost safety and precision. The project was also completed under strict security checks as per the client´s requirements".