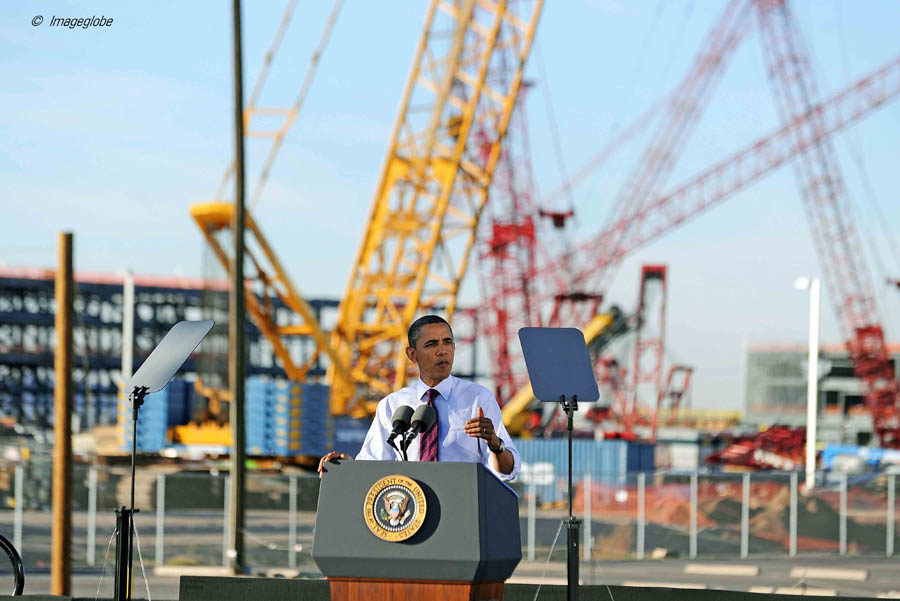 Sarens' SGC-120 crane successfully completed its first project in which it played a critical role in the construction of a high tech manufacturing facility in Arizona.

The project, one of the largest construction projects in the United States, made use of the SGC-120's superior reach and versatility to expedite the construction process.

Along the way the SGC-120, also known affectionately as "Big Benny", named after our board member Benny Sarens who is the company's driving force behind the design and development of the crane, has become a local attraction and even served as a backdrop to a speech by President Obama.