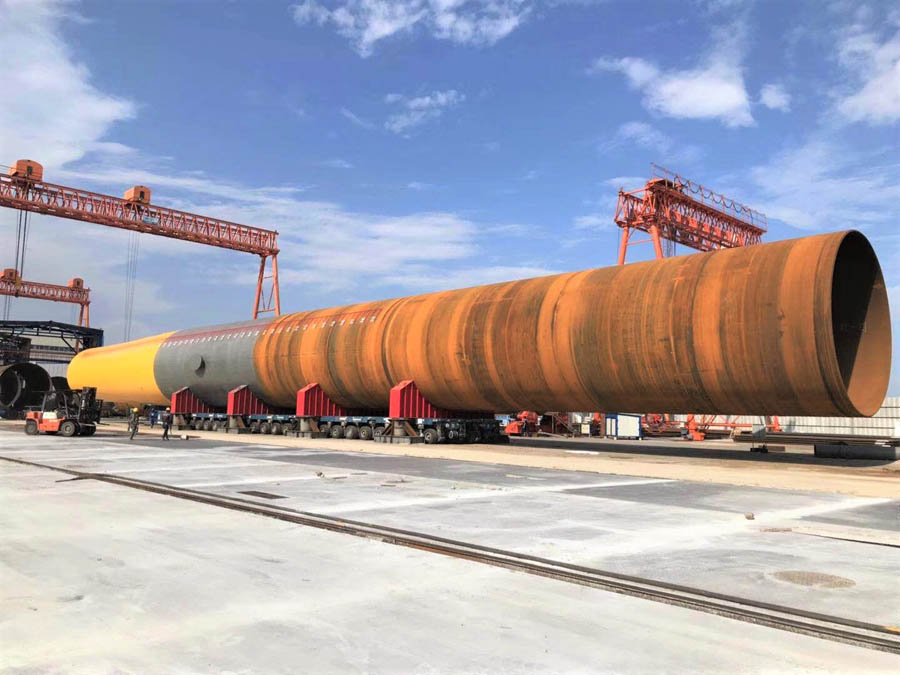 Sarens is collaborating closely with client CCCC Third Harbour Engineering to transport and load 18 monopiles onto the client's ship in Hong Kong. The monopiles measure 77 metres high, have a 3.5-metre radius, and weight 930 tonnes. Of the 18 total monopiles, three have already been installed.

However, the team faced a challenge early on in this project. With everything in place and the operation about to begin, the Sarens crew discovered that there was not enough ballast water at the front of the ship to make it balance during roll-on.

"The biggest challenge at the beginning of the operation was that the client's ship and dock did not match. Also, the ship's ballast water could not meet the monopile weight," explains site manager Xiang Kun.

To address this challenge, the team innovated to make technical changes to the ship, ensuring there would be sufficient ballast water at the front and enabling dynamic adjustments to be made during roll-on and the subsequent voyage, particularly in the face of strong winds and big waves.
"Our team helped the client make a technical reconstruction to the dock and ship so that the monopiles could be transported safely and efficiently," Xiang Kun says.

Sarens is known for its innovative solutions going into each project, but the Sarens crew is also knowledgeable and agile enough to innovate when potential issues arise on-site. In this case, the team collaborated with the client to quickly and efficiently resolve challenges and allow the operation to continue successfully.