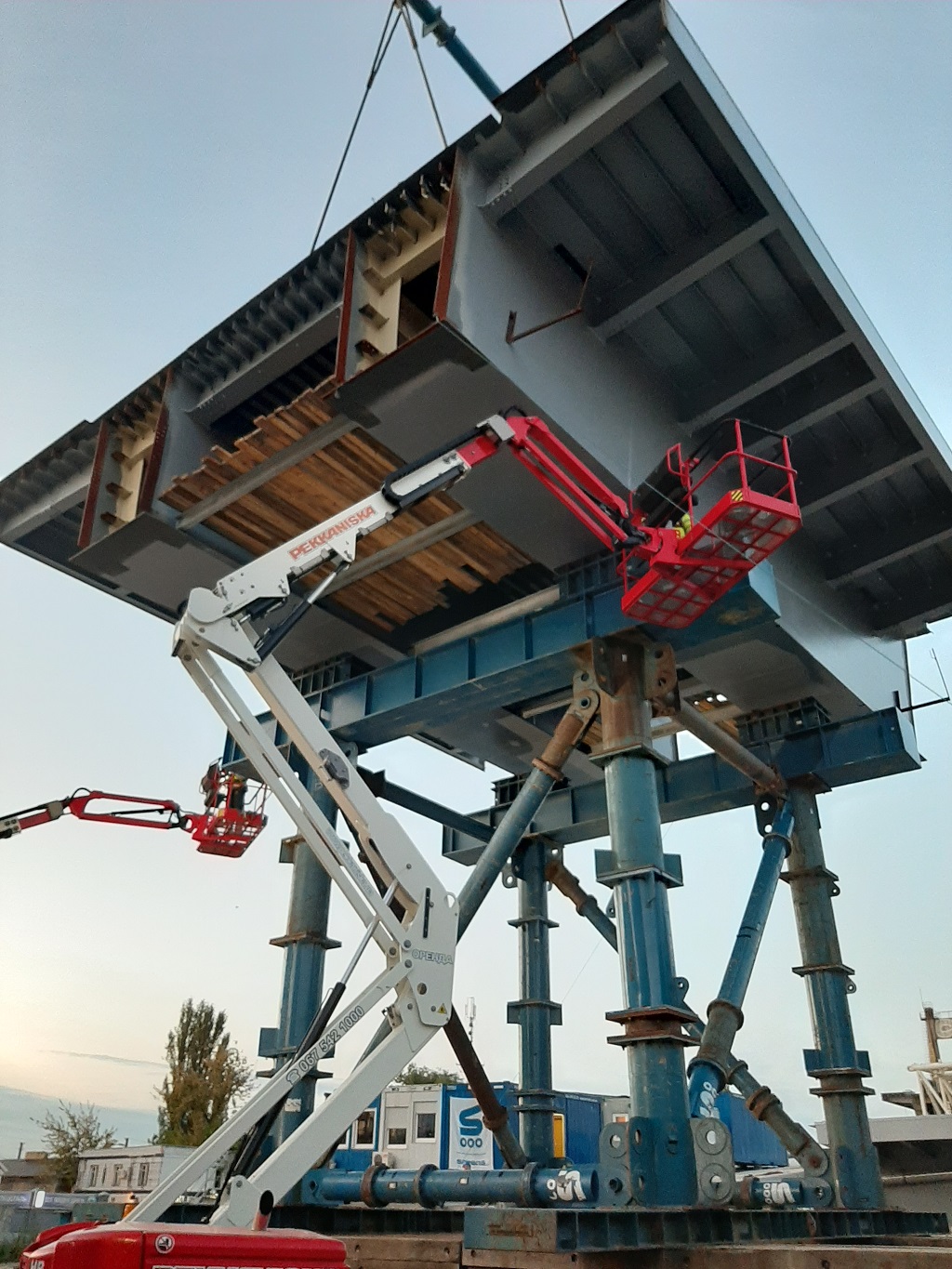 From August through October of 2020, Sarens worked near the city centre of Kiev, Ukraine, to install the Podolski Bridge across both land and water. This technical solutions project was combined with the rental of two Sarens crawler cranes: the CC3800 and the LR1600. The work was completed on behalf of client Spetz Proekt-Invest, and the end client was the Ukranian government.

The landside project required Sarens to install the bridge by lancing over gliding shoes, meaning that for each of the 16 steps, bridge deflections needed to be controlled by supporting the bridge in different places. Meanwhile, the waterside project required the LR1600 and CC3800 to work in tandem loading out the 80-metre, 550-tonne sections. Another challenge for the waterside project was that the constructed bridge segments on the barge needed to sail as low as possible below an existing bridge, and then be lifted to a height of 19 metres for installation on the pylons.

During peak periods for both the landside and waterside projects, eleven people were on-site. Despite its complexity, the projects were completed successfully thanks to the careful planning and expertise of everyone involved.