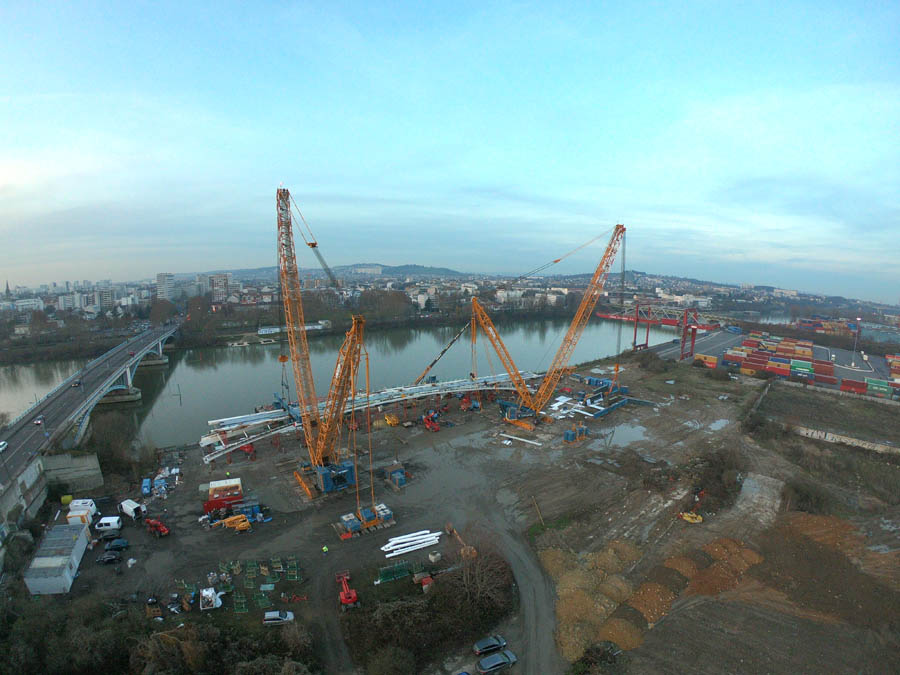 Sarens was commissioned by Viry, a metal construction company, known for its complex architectural works closely associating steel and glass, to transport and erect the main section of the Puteaux footbridge in Paris. The footbridge will allow the commuters to walk to the island of Puteaux by crossing the Seine and the 2x3 tracks of the RD7.

The bridge was assembled on the port of Gennevilliers and had to be transported by river to the site and installed. Sarens crew decided to deploy:

The equipment was mostly available in France, the barge was transported from Limay. It took the team around a week to mobilise and assemble the equipment on site.

The first section of the pedestrian bridge linking the Dion Bouton wharf to the island of Puteaux was successfully laid on the night of December 14, 2018 while the second main section was installed on the evening of 31st December, 2018. The two sections weighing 100T and 330T were lifted in tandem at 40m and 23m respectively. The crane crawled by 25m and then slewed to install the bridge section.

According to our project Engineer, Tomas Spinnoy, "While we carried out the transport of the bridge sections by river we had to carefully move them under the bridges on the Seine which were of low height. The ground was muddy at site and balancing the cranes was a challenge which our skilled teams executed successfully and safely, making the bridge available for pedestrians on the New Year."