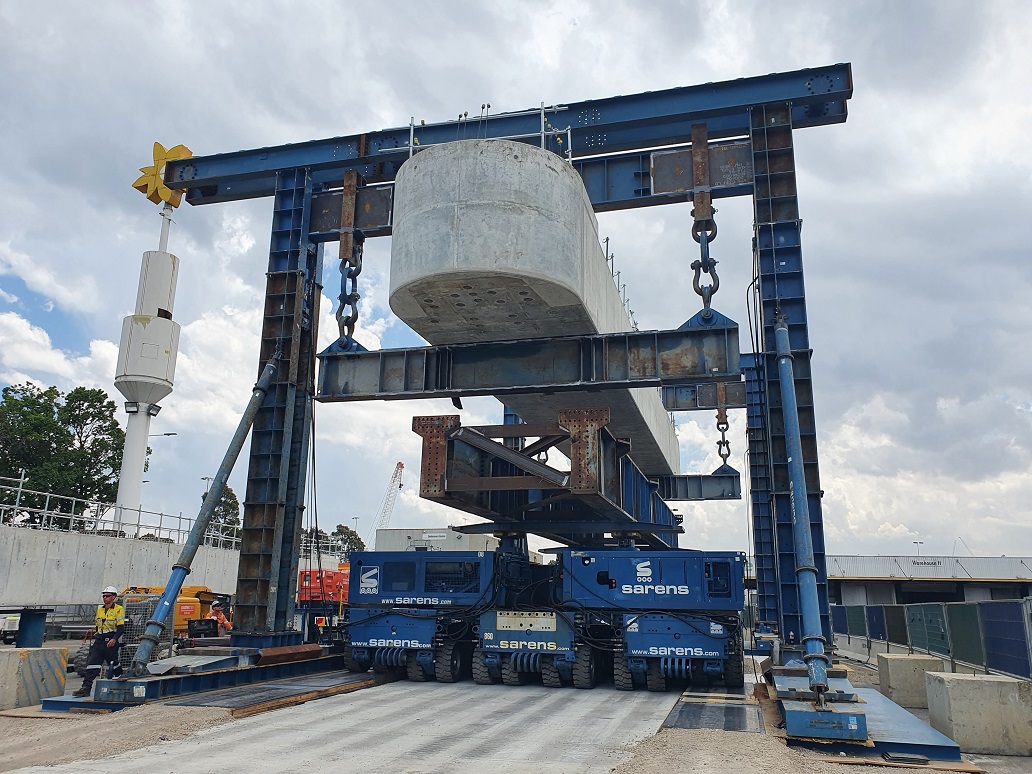 Sarens has been one of the pioneers of innovative elevated roads installations in Australia. The team had installed the challenging Darlington Flyover using Accelerated Bridge Construction (ABC) in 2017 when moves of this size were unheard of in Australia.

Based on our strong previous experiences, our client CPB & John Holland JV asked us to transport and install two concrete tunnel portals for the West Gate Tunnel Project in Melbourne, Victoria. WGTP is currently the largest government project in Australia. It will greatly improve the accessibility and reduce the traffic congestion in and around Melbourne.

The team had to jack up the concrete portals, weighing 600T each, load them on the SPMTs, drive them to the installation site, and finally jack down and install the portals. For the project the equipment deployed was:

36 axle-lines of SPMTs
SARLIFT
PJ250
In a confined space, the crew skillfully assembled the equipment. Four PJ250 pre-jacked the portals on the 2x18 axles SPMTs and relocated them under the SARLIFT. The SARLIFT jacked the portals around 7m high. The reconfigured 3x12 axles SPMTs with four PJ250 and supporting modular beam on the deck were re-positioned under the SARLIFT and the portals were transferred onto this assembly of equipment and finally driven to the installation site and installed.