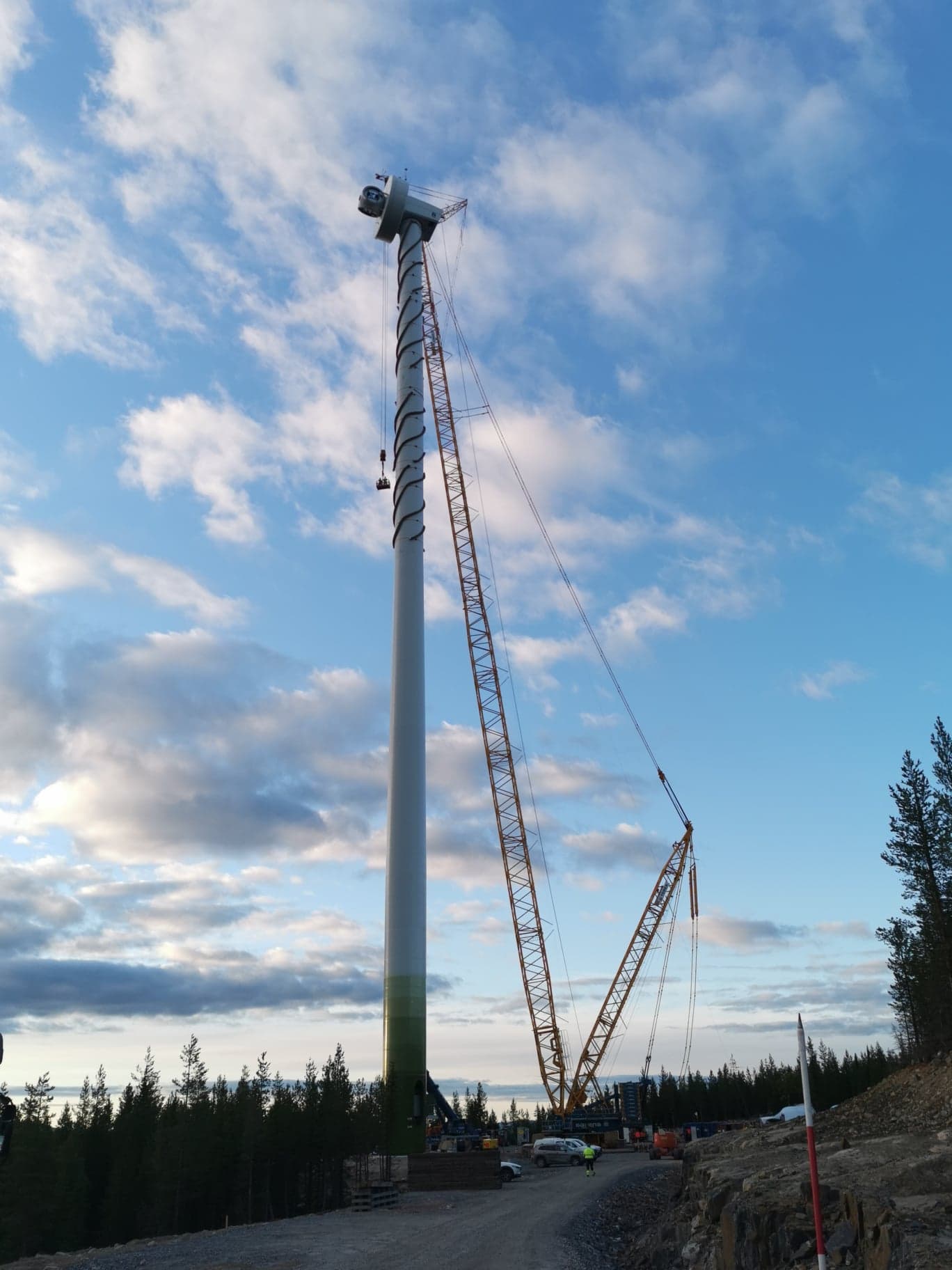 Sarens is proud to have completed the installation of 57 E138 EP3 wind turbines at the Markbygden II site near Pitea, Sweden. The project was conducted on behalf of client Enercon, and called for the use of 17 cranes working in parallel to successfully install all of the wind turbine components.

“Project Maximus – Markbygden II is located in the North of Sweden,” says project manager Adam Kopaczewski. “Due to very heavy winters in the region, the project was executed between May and November of 2020.”

2 x 200T cranes for unloading tower sections
2 x 200T cranes for unloading nacelles, generators, hubs, and blades
2 x LTM1750 + 200T for pre-assembly of tower sections
4 x CC3800 + 160T for the main installation
CC388 with two configurations for two types of towers: LSL + LF3 126m + 12m and LSL+LF4 141m+12m
To get all the necessary equipment on site, cranes were mobilised from several business units within the Sarens Group, and transported to Sweden via road transport and linear ferries. In total, 200 trucks were used to bring the equipment to the Markbygden II site.


Sarens would like to congratulate everyone involved in this project, including project manager Adam Kopaczewski and the three site supervisors, 32 crane operators, 12 riggers, eight truck drivers, and three service technicians who gave their time and expertise to successfully complete this complex operation.