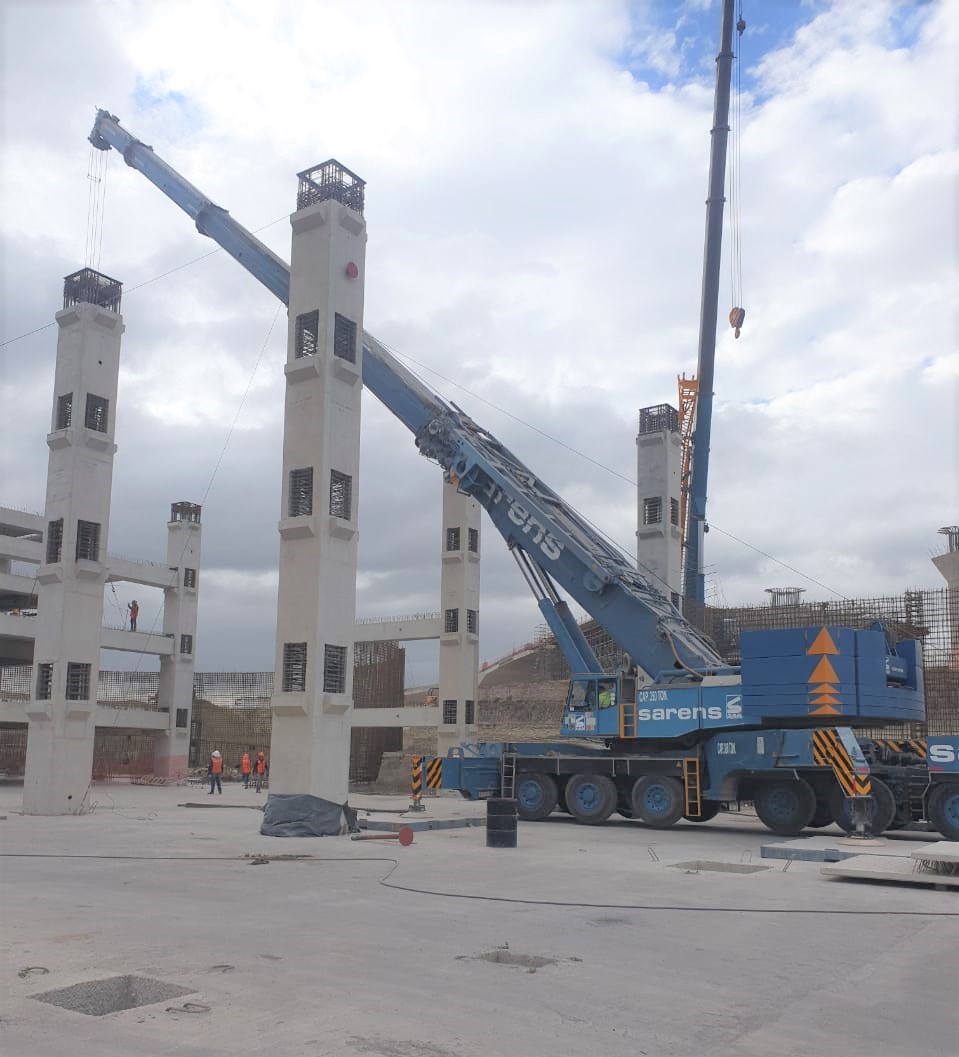 In an ongoing project that began in September 2020, Sarens was commissioned by our client Impulsora Tlaxcalteca de Industrias, S.A. de C.V. for the Mexican Federal Government to construct the parking zone of the New International Airport of Mexico City (NAICM) in Zumpango, Estado de México.

The team had to work at the Militar Zone Santa Lucia in Zumpango, Estado de Mexico and plan the use and movement of people and equipment according to the military security guidelines. The equipment selected for the job was:

LTM1200
AC 1200
QY 100
The equipment was transported from Sarens’ yard in Zapotlan, Hidalgo and AC1200 was mobilised from Tuxpan, Veracruz. It took the team one day to set-up the equipment and begin lifting the precast concrete elements for the parking zone of the airport.

Each concrete element weighed around 70T and measured 25m. The crew successfully performed four lifts in a day following the schedule drafted on the basis of the access granted on the military site.