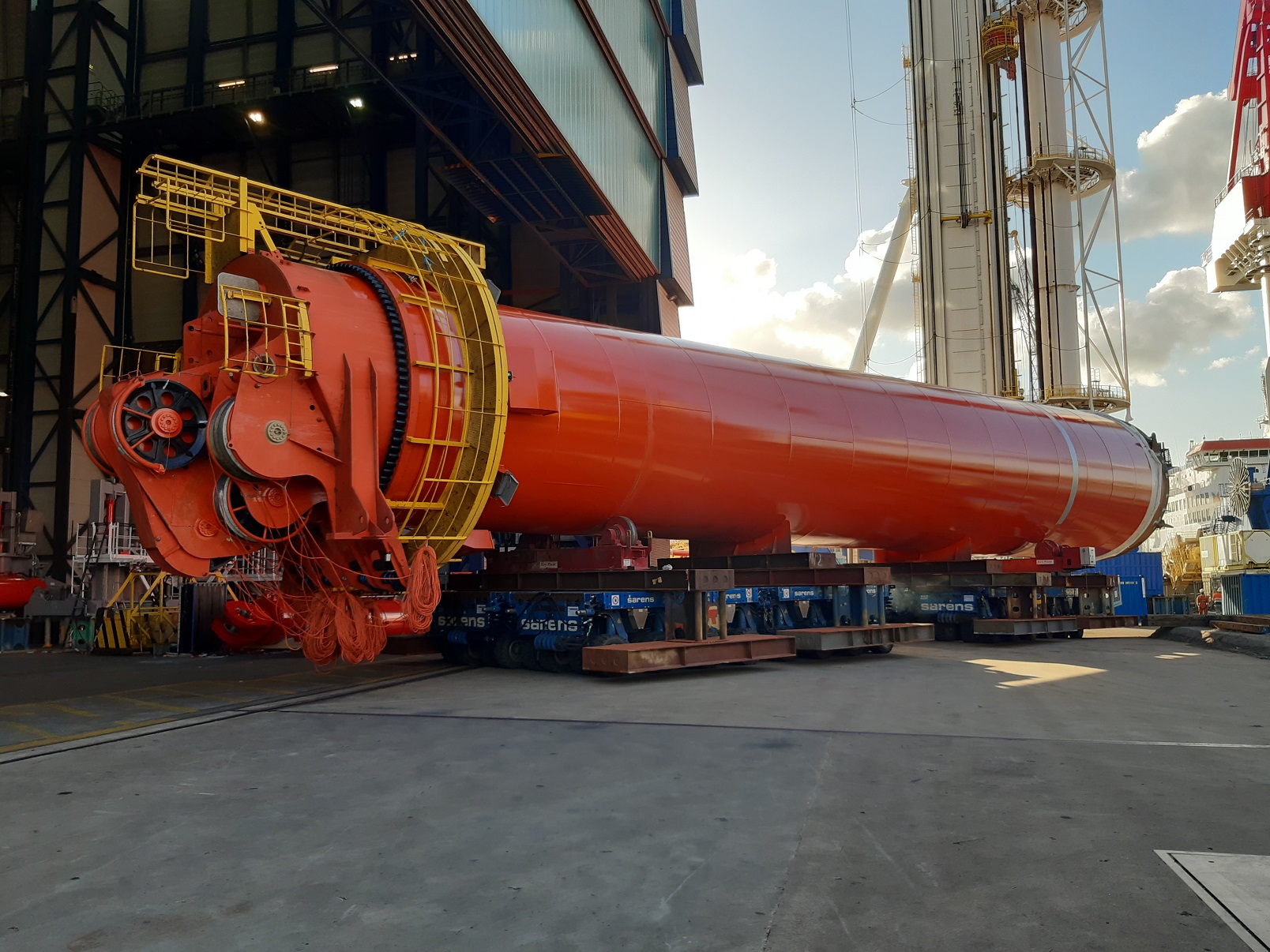 Sarens was commissioned by our client Huisman to assist with the up-gradation of their pipelay crane vessel – the Saipem Constellation.

Saipem Constellation is a pipelay crane vessel that was built in 2014 and Huisman signed a contract for an upgrade for the offshore mast crane on the Saipem Constellation. This will allow the company to increase the squeeze accuracy and to reach further with larger loads thus giving them an edge in the industry.

The up-gradation was carried out in Schiedam, the Netherlands. The team had to plan the project according to the tide and synchronizing with the quay crane provided by the client for tailing the mast. The team decided to deploy the LR11350 to lift and install the mast and the SPMTs to transport the mast.