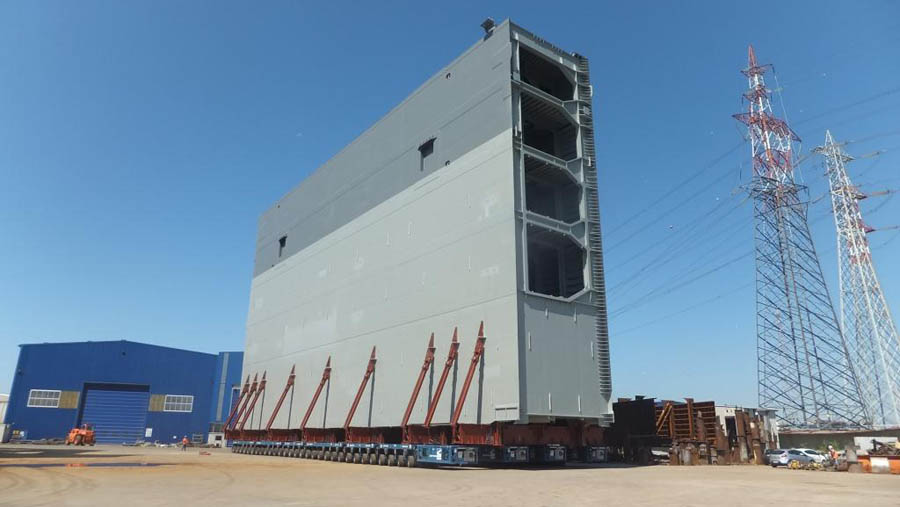 Sarens transports the 16 new lock doors of the Panama Canal. The gigantic doors (with weights between 1.900t and 4.300t and measuring 58,7m x 10m x 34,7m) are moved with SPMT's onto Sarens' barge Paula at the factory in San Giorgio di Nogaro (Italy). The doors are then brought to an STX sea-going vessel in Trieste. At their arrival in Panama all 16 lock doors will be unloaded with SPMT's at the Atlantic side of the Canal. Later eight of them will be brought to the Pacific side, thus crossing the Panama Canal.

Sarens' intensive engineering preparations included barge stability, ballast and mooring calculations as well as deliberations with both the port authorities of Trieste and Nogaro. The locks are part of a new lock complex that is being built in a separate bypass next to the existing locks. The new system will result in an increased lockage capacity, a shorter maintenance time and the possibility to receive larger vessels.