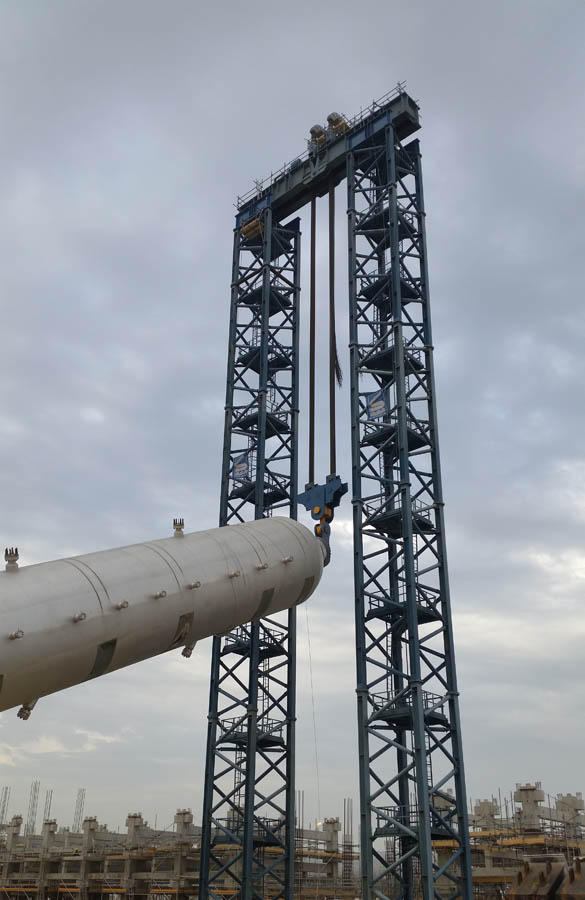 The plan to revamp Mina Abdullah Refinery and Mina Al-Ahmadi Refinery was part of a strategy to upgrade the oil refining industry in Kuwait. The Kuwait National Petroleum Company(KNPC) was commissioned to undertake a study and eventually was awarded the Clean Fuels Project(CFP). The study found that Kuwait will need liquid fuel to feed its power-generation plants and other installations in order to fulfill the country's demand for petroleum products and to create stable foreign markets for Kuwait exports of high-grade petroleum products. To provide such liquid fuel, Mina Al-Ahmadi and Mina Abdullah refineries would have to be expanded.

KNPC's Clean Fuels Project(CFP) involves the upgrade and integration of the Mina Abdulla(MAB) and Mina Al Ahmadi(MAA) refineries. The project will increase the combined capacity of the refineries from the existing 736,000 barrels per day to 800,000 barrels per day, and will lower the sulphur content of petroleum products to 5%. The project is scheduled for completion in mid-2018.

Sarens undertook the task of lifting the 1500t reactor for the KNPC-led CFP at the Mina Abdullah refinery. The extraordinary aspect of the job was the unique set-up in which the towers were installed, completely intertwined with the adjacent reactor's bolting pattern. This allowed for a shorter lifting beam, cancelling all needs for a guyed tower system, ultimately resulting in a faster and safer execution.

Sarens deployed its Sarens Climbing Towers(70m high), CC8800-1 (in SSL configuration), CC2800-1, and LR1250. The cranes took two weeks to be assembled and were then ready to execute the lift. It was a first lift of its kind on a KNPC site having a record setting performance. Our 25 skilled operations staff executed the challenge with utmost precision leading to a satisfied client.

The major challenge faced by the team was to intertwine the SCT system with the next neighboring reactor's bolting pattern within a limited space. Moreover the weather conditions were very challenging, but the team successfully performed the operations.

This lift has formed a large part of Sarens' large ambitions in the State of Kuwait, currently investing on cleaner fuels and one of the largest refineries in the world.