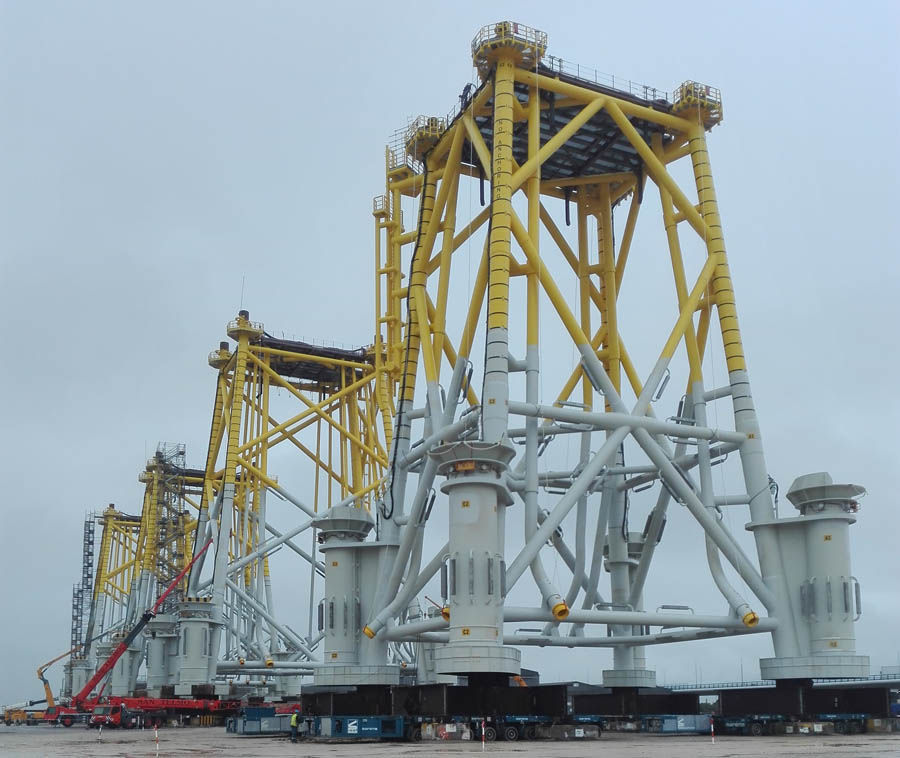 On the North Sea off the coast of England, an ambitious project is currently in the works: the construction of the world's largest wind farm, the Hornsea Project One. Once complete in 2020, the wind farm's 174 turbines will generate enough electricity to power over a million homes.

Sarens' client Dragados Offshore received a contract from Ørsted A/S (formerly DONG Energy) to deliver four substation jackets to the wind farm, some 120km off England's coast. In March of 2018, Dragados asked Sarens to load out each of the four jackets at the quay in Cádiz, Spain.

For this operation, six Sarens crewmembers carried out the weighing of each jacket, transport to the quay, and the final load out. (You can view the video of the operation  here).

With the average weight of each jacket at about 1.900t and a height of 60m, this was no small feat. The main challenge Sarens faced was carrying out the operation while compensating for the changing tides, which required perfect coordination.

The team used the following equipment for the operation:

"We are pleased with the performance of Sarens," a representative from Dragados Offshore stated. "Different stages of the project for each jacket were carried out with no mistakes during weighing with the load cells, transport, ballasting, and setting down the jackets on the grillage the first time."