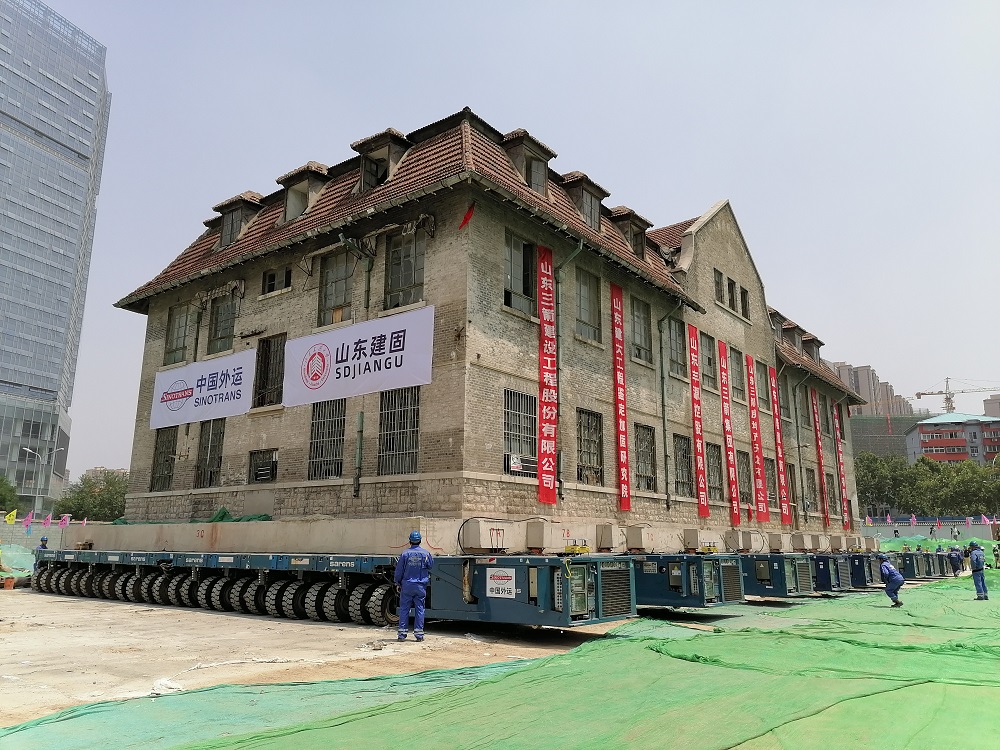 In an operation demanding the utmost precision and care, Sinotrans Sarens has successfully relocated a historical convent building in the city of Jinan, China. The building houses important relics requiring special protection, which is why Sinotrans Sarens SPMTs were chosen for the transport operation.

To move the 2.600-tonne convent building a total of 76 metres, Sarens used 120 axle lines SPMT and assisted in jacking before transport.

The convent, which is over 100 years old, is an aging and weathered structure that would have easily suffered damage or structural cracking due to any unforeseen deviations during transport. To address the challenge of moving such a vulnerable historical structure, Sinotrans Sarens formalised a strict transport standard and deviation of less than 10mm horizontally, 2mm vertically, and 4% slope.

With careful planning and precautions in place, the complete building, which measures 36 metres long, 16 metres wide, and 16 metres tall, was successfully transported to its new location. The Sinotrans Sarens team relocated it 50 metres to the east, rotated it 20°clockwise, and finally moved it another 26 metres.

Sinotrans Sarens is honoured to have been a part of this important preservation project and would like to thank everyone involved in making it a success!