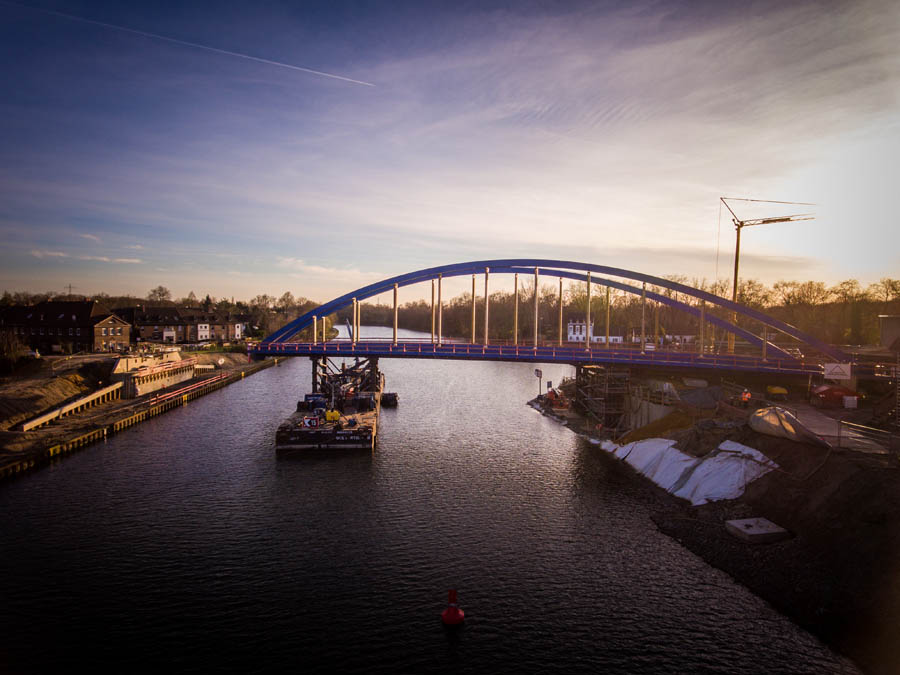 Sarens is pleased to have helped move the Gartroper Bridge, in Germany, into its final position. The bridge was assembled entirely on land, so had to be skidded over the water for installation. Sarens was called in by Amand GmbH to complete the operation that would carefully move this 530t, 74m long steel bridge into place.

For 36 hours over a weekend, the river was closed to traffic so that the bridge could be installed. Sarens conducted the operation in several phases:

The project was carried out successfully and earned praise from the client.

"I would like to take this opportunity to thank you for the successful shuttling of the bridge. Above all, the calm and deliberate approach of all local workers contributed significantly to its success," said Sven Diers, Wasserstraßen- und Schifffahrtsverwaltung des Bundes.

Sarens deployed the following equipment for this operation:

The equipment to be used on the barge was loaded onto the Barge Jozef and transported to the site by water. The remaining equipment was transported by truck.

In total, it took ten days to assemble all of the equipment. The assembly on land was quite difficult, however, due to very limited space. The Sarens team had only about a 2m clearance between the jacking towers and the riverbank!