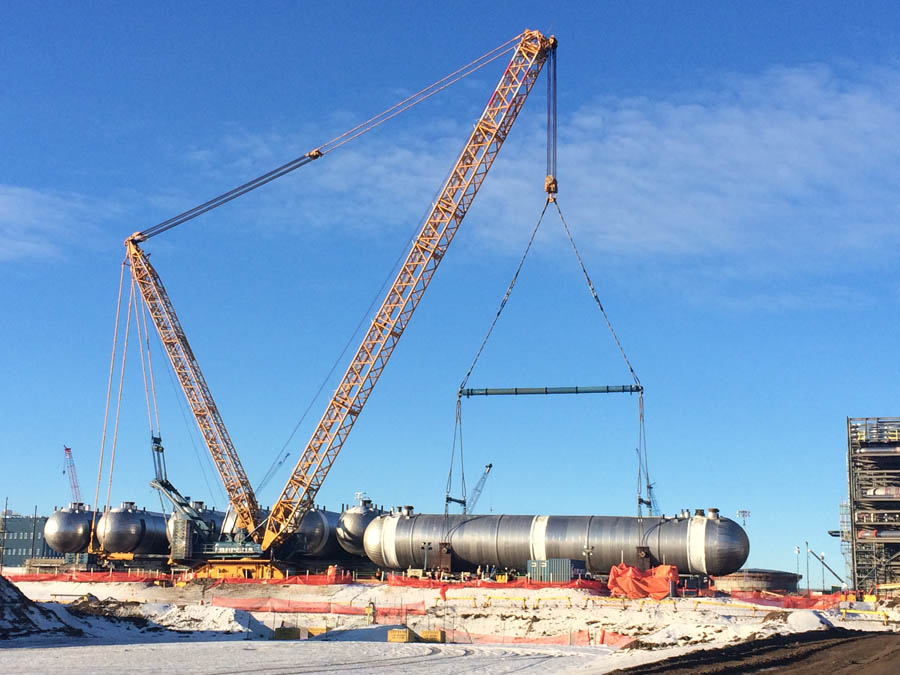 The Fort Hills, Alberta oil sands mining project is considered to be one of the most promising oil sands assets in the region. Operated by Suncor, the project is expected to produce up to 180,000 barrels per day for approximately the next 50 years, and to create 1,600 permanent jobs for people in the region.

Sarens contributed to the project by transporting and lifting 11 solvent bullets and over 200 modules. Each of the 49m-long solvent bullets weighed 390T, and the 30m-long modules weighed up to 140T. Sarens was also responsible for lifting 80T flare stack sections and erecting them at a height of 137m.

The team faced several obstacles during the operation, including remote working conditions, freezing temperatures approaching -35°C, and the challenge of erecting a flare stack at such a great height.

"The project was extremely challenging," says Sarens project manager Chris Guenette, "but we were able to perform it to a very high safety and operational standard."