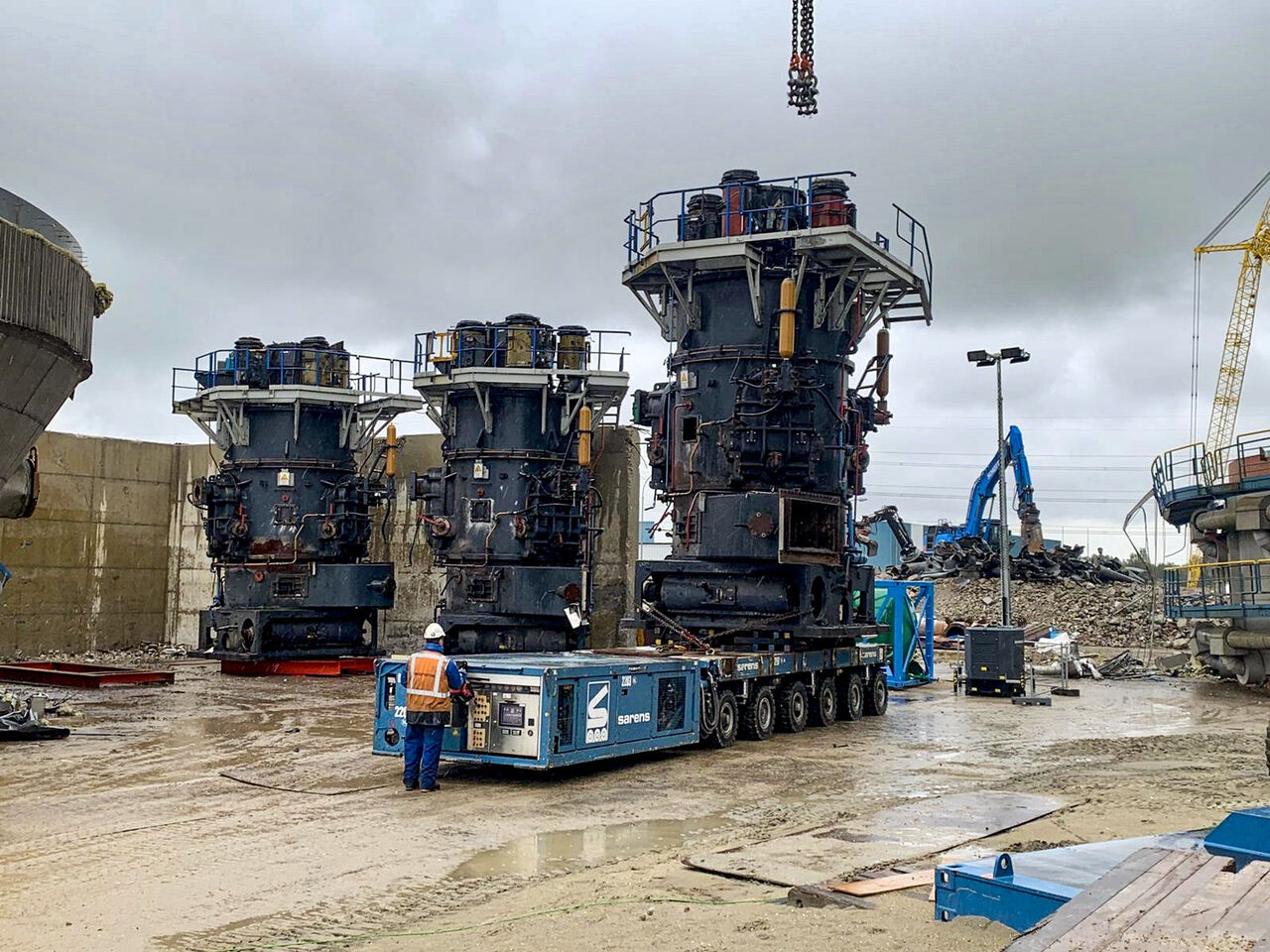 Sarens was commissioned this past September to remove five coal grinder pipes at the EPZ coal-fired power station in Borssele, the Netherlands for our client Meuva. The five grinders had to be jacked-up from their foundation, driven out, unloaded, and finally scrapped and recycled.

Each grinder had a diameter of 3.5m, length of 7m, and weighed approximately 110T. The grinders were jacked-up 700 bar hydraulic jacks to make space for our SPMT’s which then drove the grinders out of the old coal-fired power plant. Once they were moved out, our PC3800 (650T crane) unloaded them for recycling.

According to our Sales Account Manager, Michiel De Bodt,”This job was relatively small but had a diverse application of our equipment in a limited space”.