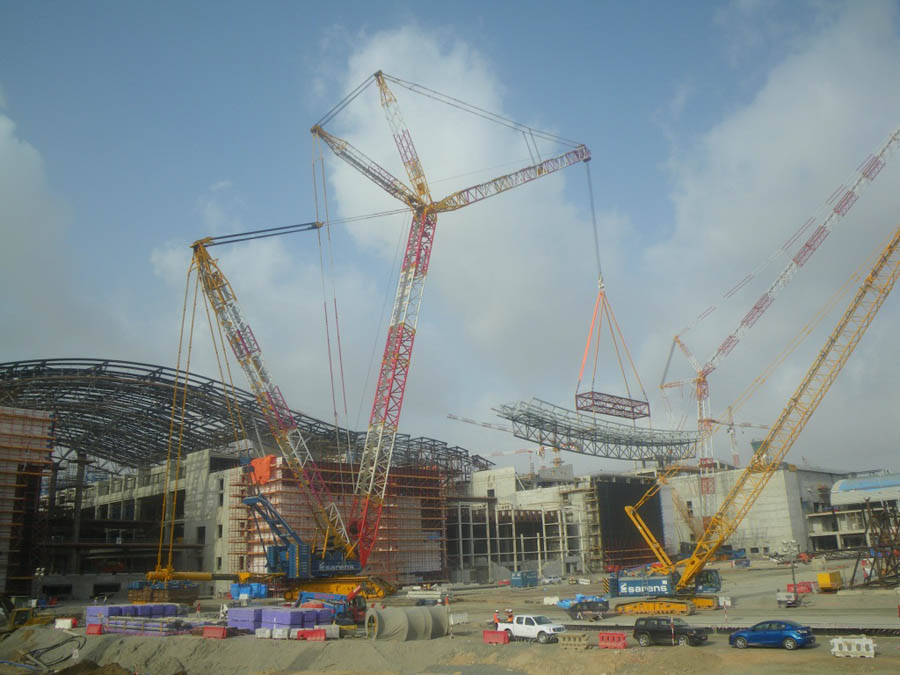 Sarens has been working with China State Construction Engineering Corporation (CSCEC), the Chinese giant of the civil-construction sector, on the construction of the new terminal building of the Algiers International Airport. CSCEC won the USD 890 million expansion project of the airport which is designed to have an annual passenger throughput of 10 million person-time.

Respecting customer's deadline, the equipment was swiftly transported from Adrar, situated 1650 km from the site, in five days and assembled in four days. A total of thirteen highly skilled crew members worked in full shifts to complete the project within the dedicated timeline.

Each segment to be lifted weighed between 22T to 75T. The loads were lifted at a radius of 104m with 300T superlift and 44m radius with 50T superlift.

The high risk project site had restricted visibility as well as high congestion due to the incoming and outgoing flights from the nearby airport terminal. The SHEQ team closely monitored the site, ensuring the safety of the employees. All the operations were performed according to the highest standards of safety and quality, meeting the customer timeline.

During the follow-up meeting with CSCEC, their Deputy Project Manager, Song Xiuping remarked, "We are very happy with the work of Sarens and are happy to find a team who works at the same rhythm as the Chinese (full shift). We will be looking at working with Sarens in the future as well."