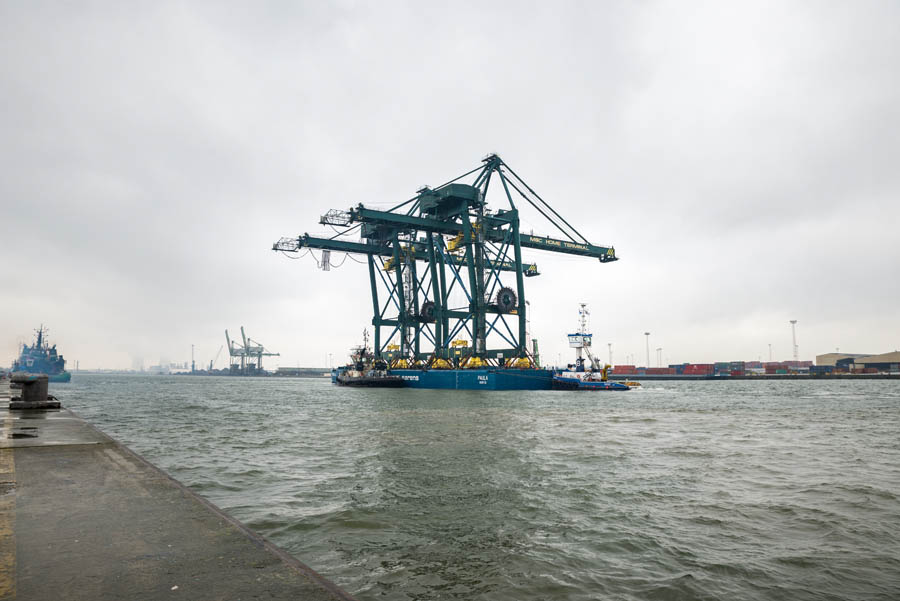 When Crane Repair sold two of its cranes to the Gesport Terminal Maritima SL in Las Palmas de Gran Canaria, Sarens was contracted for their transport and installation. The Sarens team used the barge Paula to successfully move the 61-metre high container cranes from Antwerp to Las Palmas, where they would be installed on the rails.

For the sea passage, Sarens engineered and executed a crane reinforcement solution and carefully secured the two cranes to the barge.

Leaving the quay at Antwerp, the barge Paula was escorted by the Sil-Jeske-B and Walvis tugboats to the Berendrecht Lock, the world's second-largest lock. This is where the Sarens team faced one of their biggest challenges: they only had about seven metres of clearance between the crane arm and the bridge as they passed through the lock.

The tugboat Diavlos Pride then met the barge for its approximately three-week journey to Las Palmas. This segment of the route depended on good weather, and significant wave height had to be no greater than 2.4 metres for the barge to sail.

Watch the video of the transport operation here!

Sarens used the following equipment for this operation:

Barge "Paula" fitted with bracings to reinforce the cranes, and bracings and stoppers to secure them to the deck