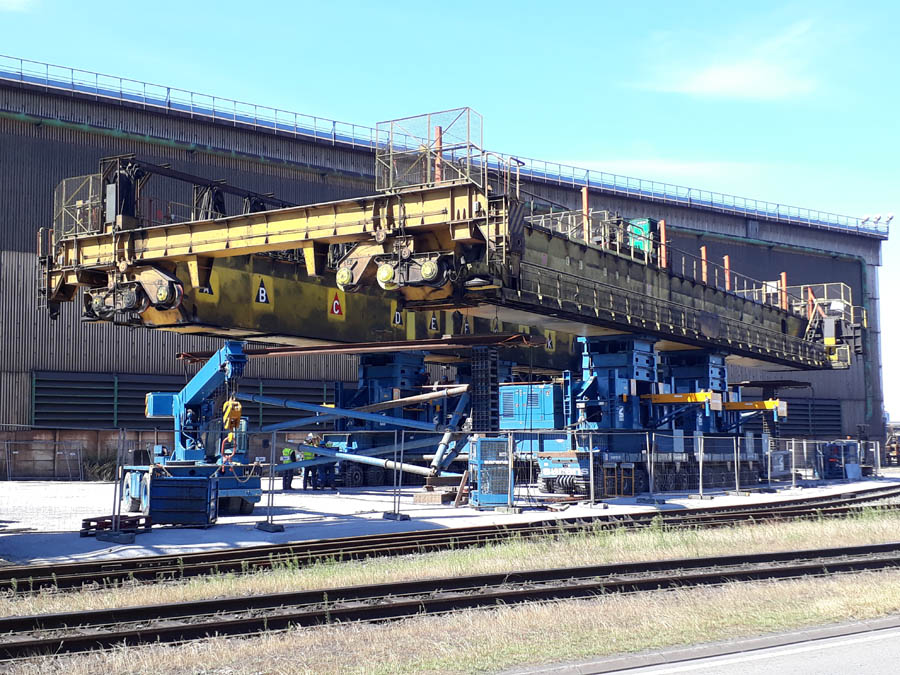 Sarens recently transferred a 360-tonne, 36-metre long overhead crane on behalf of client ArcelorMittal in Dunkerque, France. The crane had to be placed in a new location at the steel manufacturing plant (from inside to outside of a specific hall). To do it, the Sarens crew mobilised the following SPMTs and climbing systems:

Sarens opted for the CS1000 climbing system because although it was larger than required, it wouldn't need a bracing system. The crew used both the CS1000 and CS250 to successfully manoeuvre through the opening prepared by the client, as Kris Nuyts, Manager SPMT Operations, and Laurent Ziegler, Sarens in France explain:

"Due to the size of the opening leading from inside to outside of the hall, transferring the overhead crane required an intermediate step involving the CS250. This was a challenge, but it was executed smoothly by our skilled team."

The project commenced during a brief plant shut-down and required several steps:

Sarens would like to thank everyone involved in this successful operation! It takes skill and care to perform lifts like these consistently and safely, day in and day out.