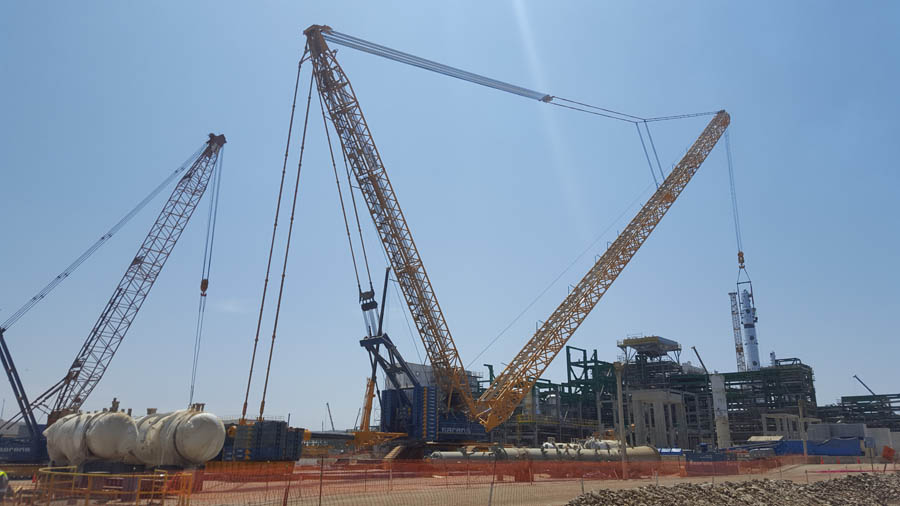 Sarens began the modernization of the Talara refinery, the biggest refinery of Peru, in May 2016. Sarens was awarded the project by Technicas Reunidas (TR), the main contractors for the refinery modernization project valued at approximately 2,700 million USD.  Sarens assisted TR since 2012 in the bidding process of the project. As part of the contract, Sarens shall be responsible for the heavy-lifting and engineered-transport associated with the modernization.

Our team of highly skilled workforce from Peru successfully carried out the lifts under strict safety guidelines. The impressive lifting capacity of CC8800-1 was appreciated by the client as it allowed up to sixty percent increase in the capacity at a short radii.

The modernization of the Talara refinery is carried out with the objective to produce diesel and gasoline fuels according to the new Peruvian environmental requirements (with a maximum sulfur content of 50 ppm) at competitive prices. This represents the largest refining turnkey project world-wide awarded to a single contractor which has to be completed within a schedule of fifty-five months.