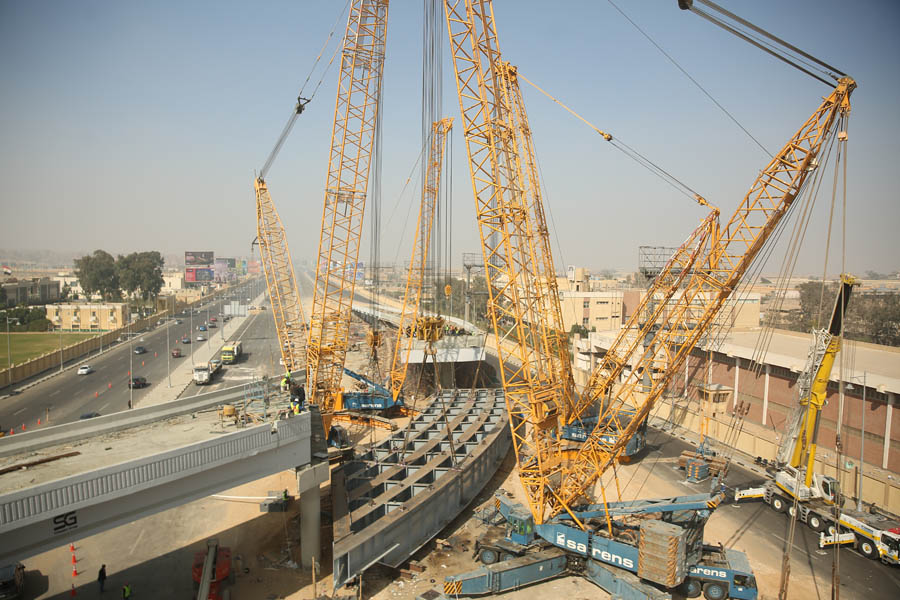 EL-Soadaa Group (SG) commissioned Sarens to lift two sections of the Gardenia Bridge at Suez Road in Cairo. Sarens was also responsible for the engineering of the operation as the bridge sections had to be lifted within a confined space available.

The two sections of the bridge, each weighing 600T, had to be lifted and installed on the busy highway in a confined space. Our team of 13 decided to deploy:

The cranes were selected based on the load distribution on each lifting point. The team had to further analyse positioning of the four cranes as per the load. Three cranes were transported from our yard to the site and one of the cranes had to be transferred from the middle of the city to the site. The entire process of transportation took three days and another four days to assemble the cranes.

The four cranes lifted each of the 600T segments measuring 20m in length at a radius of 14m. The project was safely executed despite heavy traffic around the site.