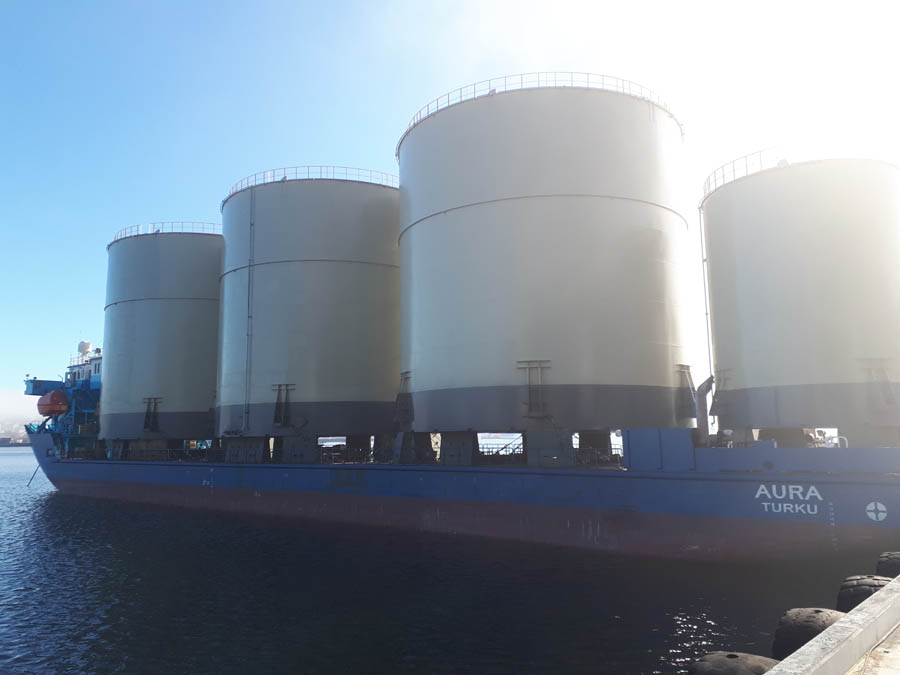 When Bunker Oil expanded their tank farm in Aalesund, Norway, Sarens was there to execute the load-in of tanks weighing up to 140 tonnes and place them with absolute accuracy onto two-meter high jacking towers that acted as temporary supports.

To achieve the flexibility, lift, and accuracy necessary for the operation, Sarens deployed two 12-axle Kamag SPMTs which were more than up to the challenge. ( See the video here!)

Five crew members used the K24ST Kamag SPMTs and six PJ250 jacking towers, chosen for their speed and ease of handling. "The PJ250 jacking system is perfect for fast but stable jacking operations," says project manager Tor Arne Naess. Because of space constraints, a crane was not an option for this operation.

All equipment was mobilised by truck and everything was in position within two days. Trailers were unloaded and prepared for load-in by day 1, and the jacking system was prepared and positioned on day 1 so it was ready for jacking on day 2.

The team successfully completed the operation in challenging conditions. Ålesund is located on Norway's western coast, and is a remote location with sensitive flora and fauna that must be respected. The weather conditions can also be challenging, with near-constant wind and sub-zero temperatures in winter.

In addition to challenges presented by the remote terrain, Sarens faced limitations on the job site itself, with limited space for the SPMTs to manoeuvre. Despite the constraints, the crew worked quickly and capably to complete the operation.