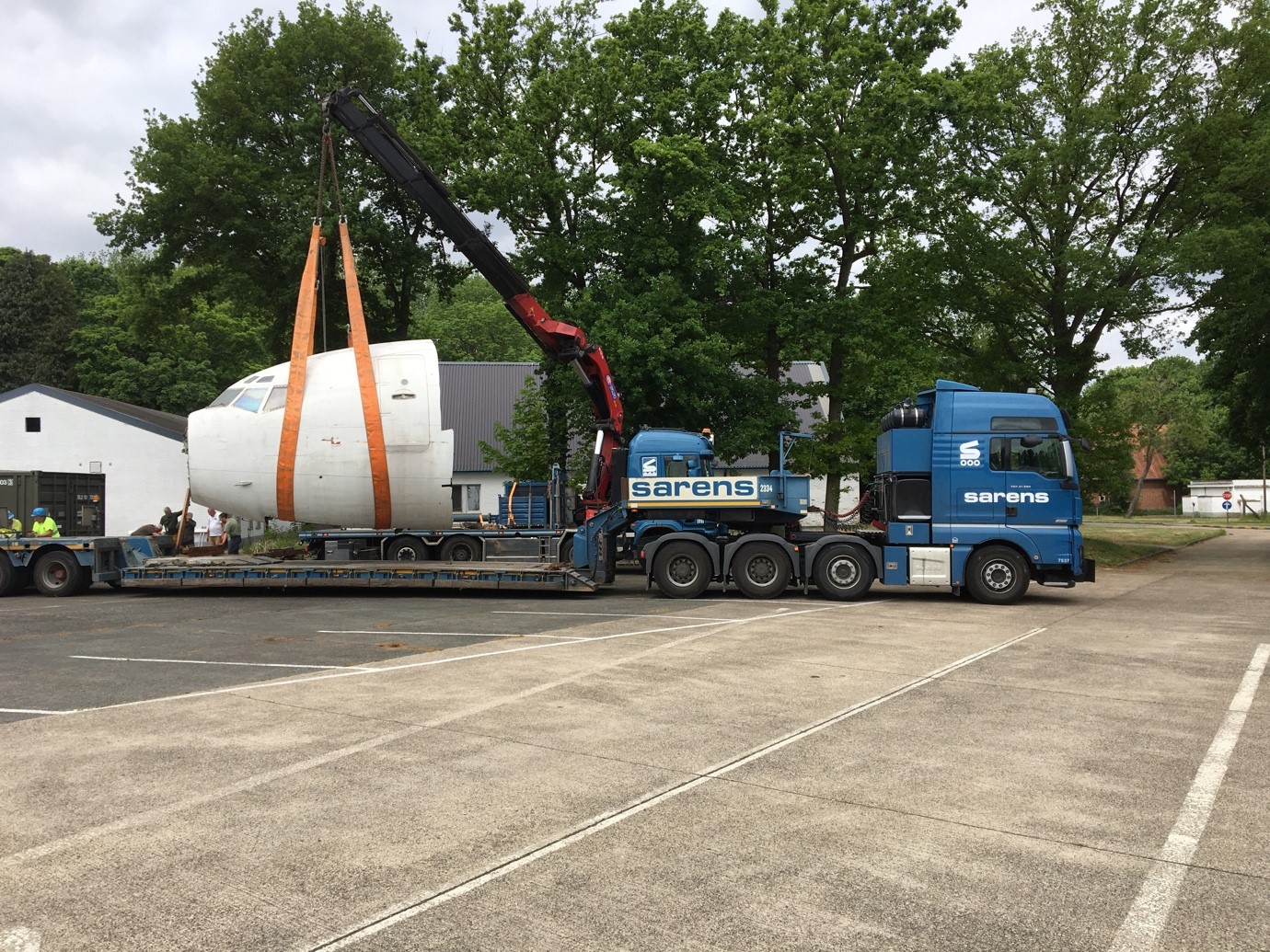 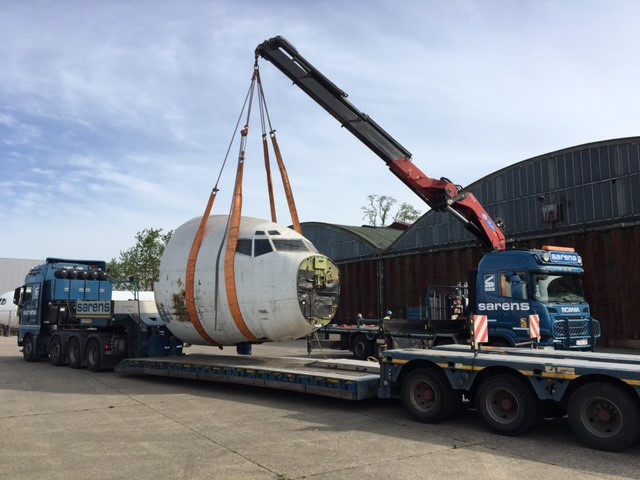 The military Boeing 727 aircraft was acquired by the Belgian Government in 1975 from then national airline company Sabena. The aircraft replaced the Douglas DC-6B's operational with n° 21 Squadron (15 Wing) based at Melsbroek. After 23 years of serving the military, the 727 aircraft was replaced by the Airbus A310's in 1998. The Boeing 727 continued to be used by the Vlaamse Hogeschool VIVES VLOC based in Oostende as a didactic tool for aviation oriented education.

The Vlaamse Hogeschool VIVES VLOC offered the nose section recently to DAKOTA vzw where it will form a part of their 15 Wing static collection. DAKOTA, the non-profit association, is a Documentation Center and an indoor Museum with an outdoor static display of aircraft that flew with 15th Wing, the Air Transport Wing of the Belgian Air Force. The aircraft will be restored and displayed as a key piece of DAKOTA’s collection for fans and visitors in the coming months.

Sarens provided the heavy lift and transport of the nose section from the recycler based in St-Truiden to Melsbroek. Sarens Technical Supervisor, Pieter Di Cairano says, “We are proud to help DAKOTA carry on the history of 15 Wing. The preparation and execution of the project went very well.” For this purpose the team worked with a crane truck and a tractor with a low loader trailer. He adds, “We are happy to see the Boeing 727 getting its rightful place there as part of the unit’s heritage.”