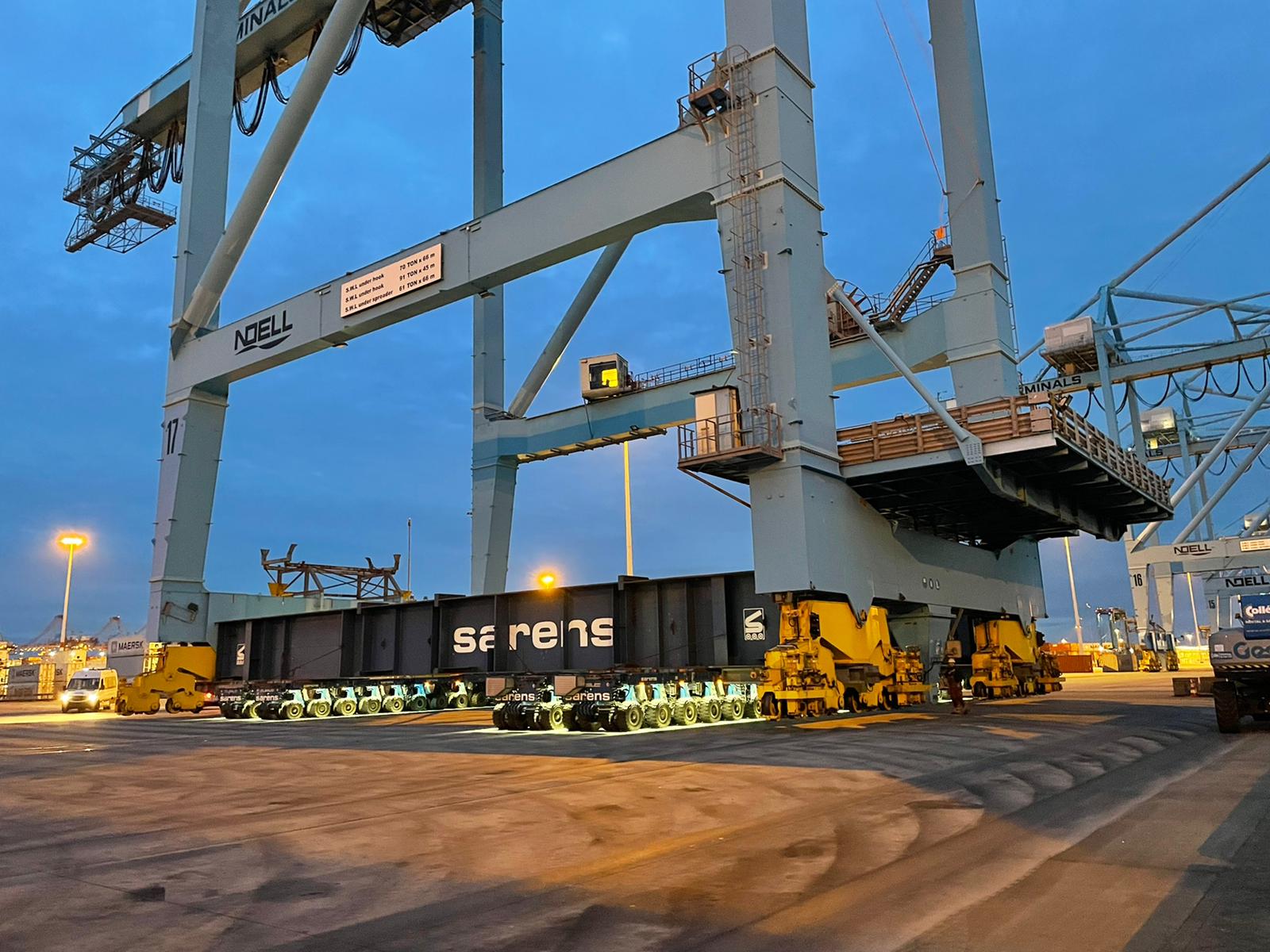 Sarens was asked by Hutchison Ports ECT Rotterdam to move five quay cranes. The original operation was planned for 20 days. During execution the client asked if Sarens could reposition five additional cranes in five extra days. Sarens rose up to the challenge, teamed up with ECT and successfully moved ten quay cranes.

Sarens shortlisted 80 axle-lines of Kamag K2400ST and MB3000x1500 with cantilever beams. The beams are designed in-house to particularly transport quay cranes. Each crane was 95m high and weighed 1840T. Some cranes had to be moved around 4km to be repositioned.

Project Manager, Willem Ditmer says, “Our crew of six and our reliable SPMTs worked together with the ECT team relentlessly for long days moving around the long quay side of ECT to successfully complete the relocation of the quay cranes.”

Projectmanager ECT, Robert Stein says, “ At the last moment, we decided to add an extra five crane transportations to the five already planned,  in about the same time frame. We really appreciatie the flexibility of Sarens to make this all happen in a safe way”