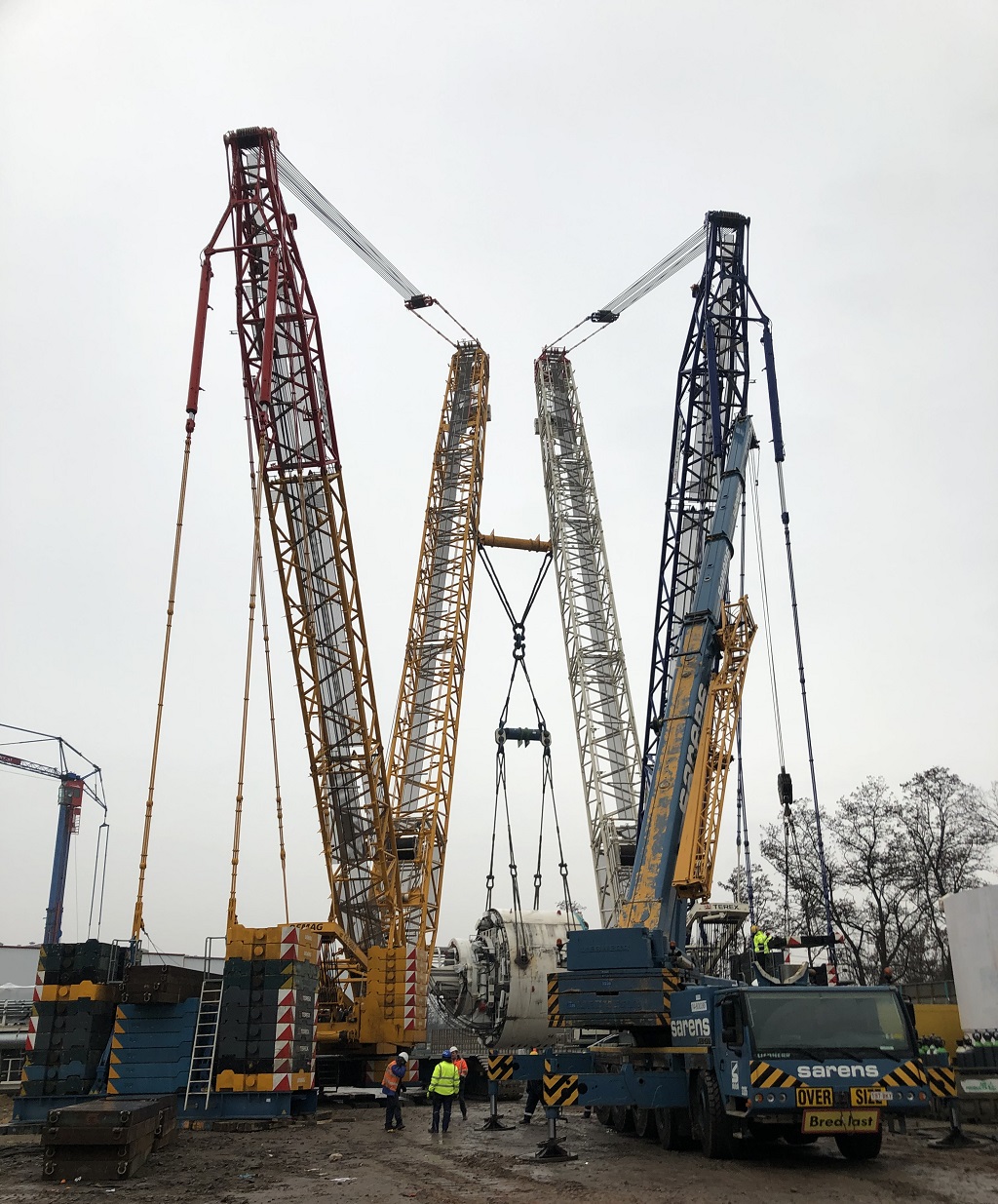 Yoruk assigned Sarens to transport and install a tunnel boring machine (TBM) as part of a railway construction project in Lodz, Poland.

As part of the project Sarens had to:

The lifting plan was modified by the client which required a set of spreaders which were arranged at a short notice from the UK.  The remaining equipment was mobilised in 100 trucks. A crew of 12 worked in day and night shifts to assemble the cranes in time.

The TBM elements ranging from 69-180T were transported to the site. AC500 and LTM1130 assembled the elements of the TBM and finally two lattice boom cranes, SL3800, lifted the 580T tunnel boring machine into its chamber.