Sarens Home
»
About
»
News
»
Watch the Video: Sarens Transports 350T Heater Box through the Streets of Pembroke
Referred to as the "Monster move", Sarens transported a 350T heater box and stack from Ledwood Engineering to the Port of Pembroke
28
November 2018 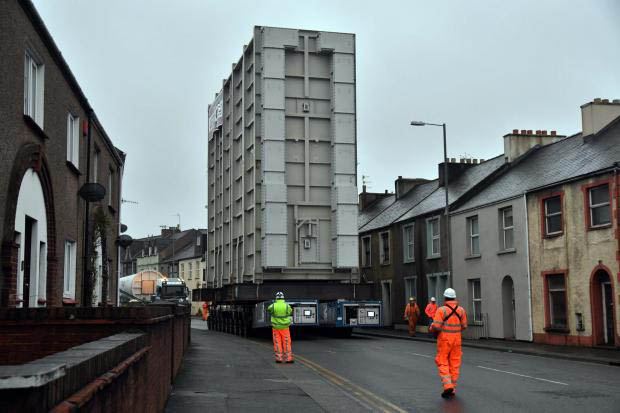 Considered as the largest heavy load ever transported through the town, Sarens was roped in by Ledwood Engineering to move a 350T heater box and stack measuring 21m in height.

The heater manufactured by Ledwood Engineering was designed to be shipped to Sweden for an oil refinery. The heater measured 23m high, 16m long, and 5m wide and took three hours to move to the port.

Sarens deployed its efficient crew and Kamag axle-lines to execute the project. Clearances were sought from the police and the electricity department to clear the street of the cables which could obstruct the movement. According to Project Manager, Alister Smith, "It is believed to be the heaviest load to be transported in the Dyfed Powys Police area. We had to complete the challenging task in a tight schedule, safely moving the load to the port."

The project also won the Job of the Year award at the prestigious Heavies Award last month. According to the jury the project was termed as "Very heavy, very high transportation through a town centre on SPMT's: not for the faint-hearted."

Watch the video of the project here!