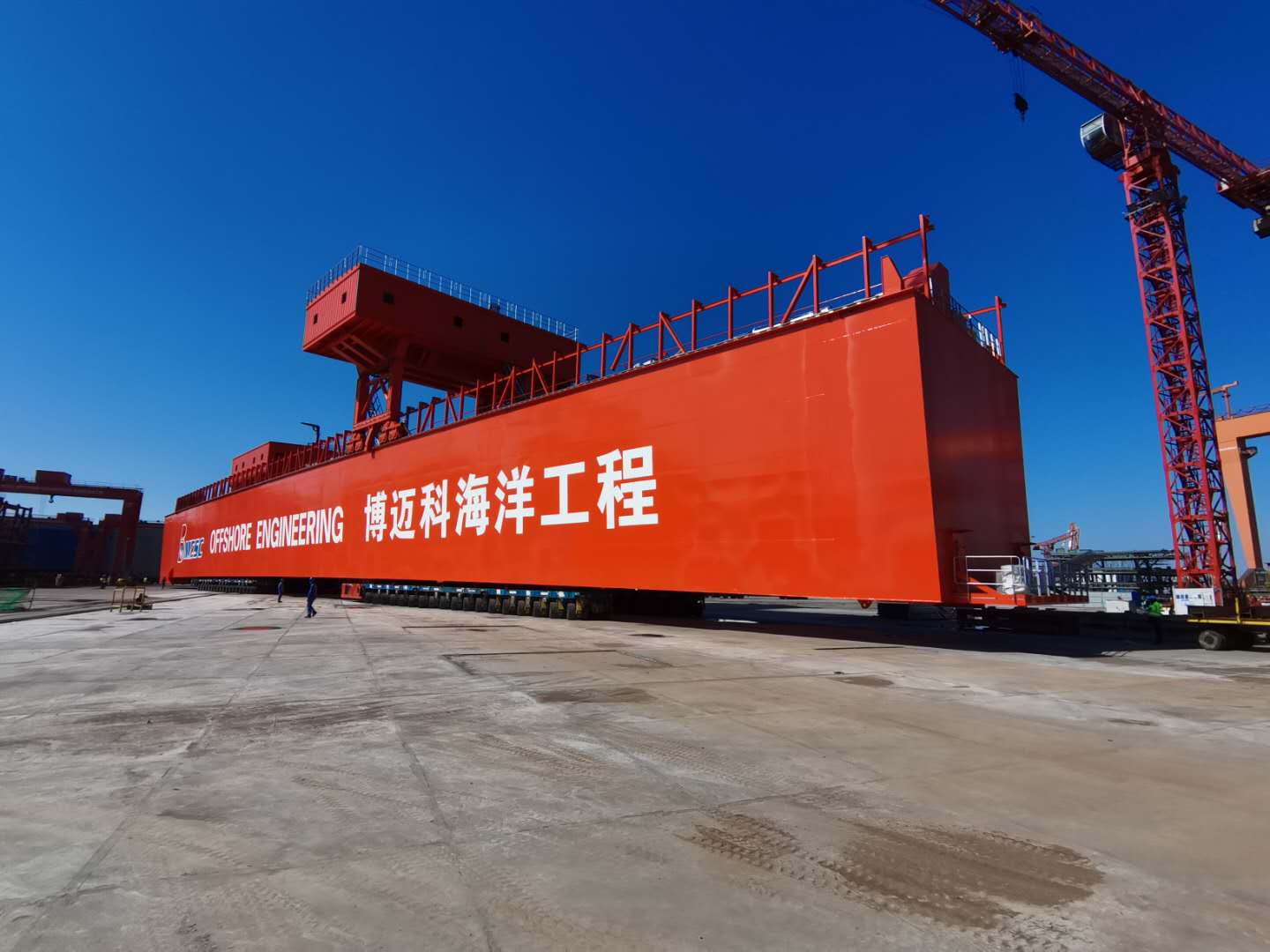 In March of 2020, Sarens SPMTs completed a four-part crane load-in and transport operation for client BOMESC in Tianjin, China. The gantry crane components that were loaded in and transported measured 120 metres long and 23 metres high, weighing in at 1.689 tonnes.

During the operation, Sarens had to contend with the special limitations of the load’s dimensions as well as the work space, which was long but relatively small. For example, Sarens SPMTs had to approach the load from the side because of its very low-lying end portion. The main girder also needed to be turned around to achieve the right direction. Because of these factors, the operation was simulated in detail in the design phases, and the move was operated with extreme care.

Sarens is pleased to have been able to support our client during this operation, and would like to thank everyone who was involved in its careful planning and execution.