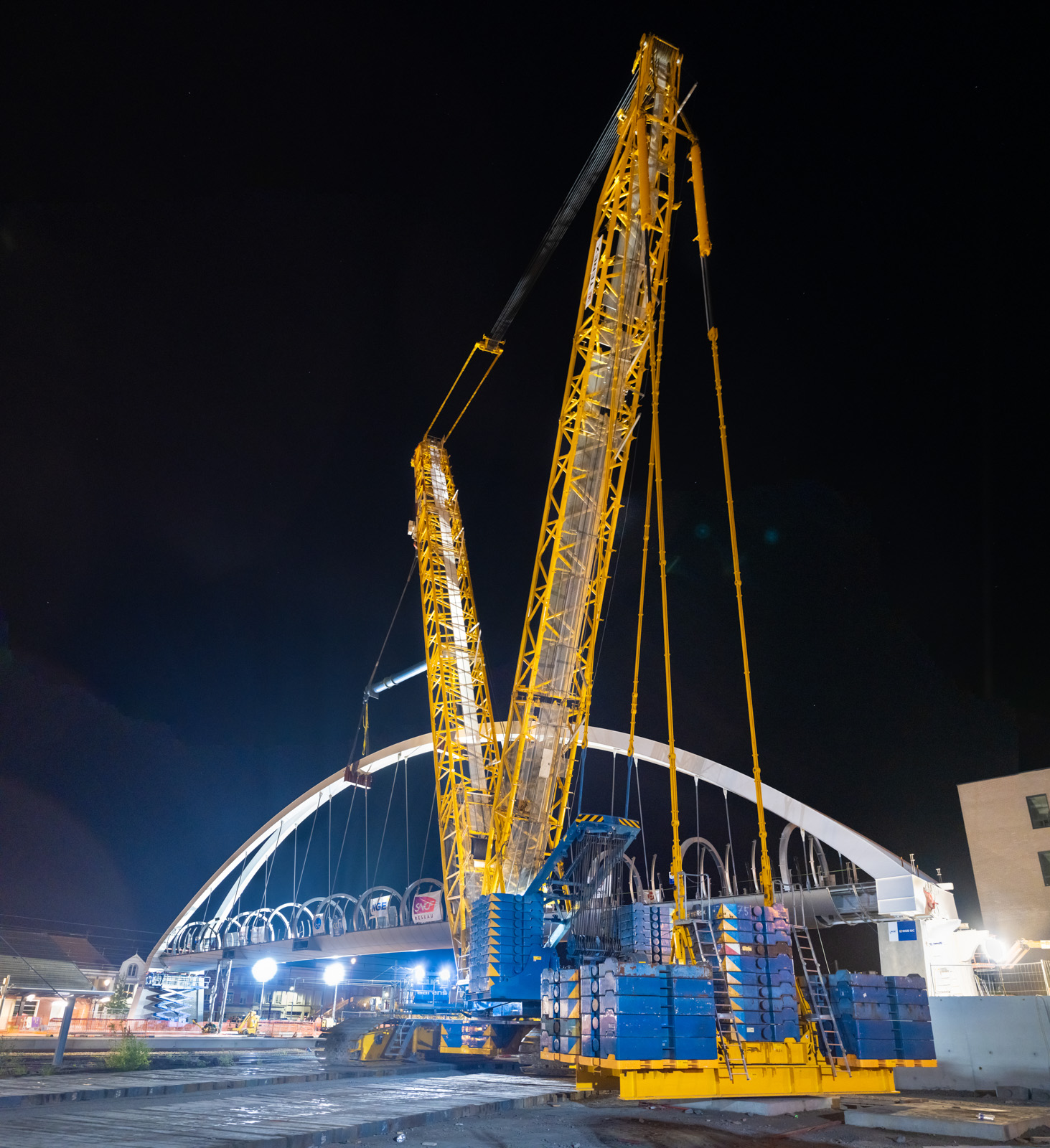 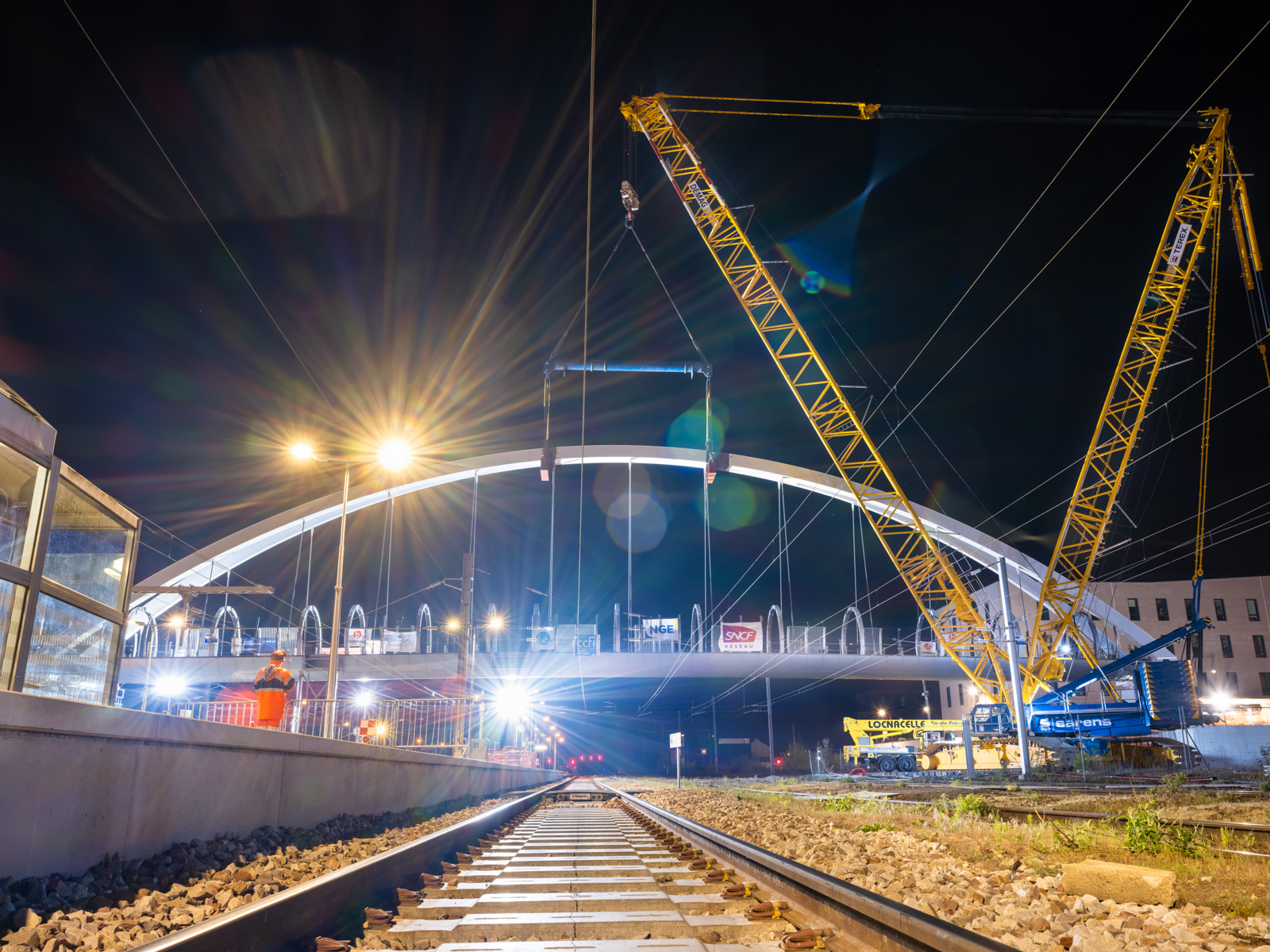 Located in the city center and having constant movement of traffic and trains, the operation had to be performed within a tight time frame. The 75m long bridge weighing 250T had to be maneuvered on-site and installed above 8 railway lines.

The Sarens team selected the SL3800, the 650T crawler crane with SSL configuration. SL3800 with superlift has excellent lifting capacity and easy to mobilise and assemble in a confined space. The crane was mobilised on site one week before the lift.

The lift was performed during the weekend with consecutive demobilisation of the crane. The tackle was designed specifically for the bridge to avoid using lifting lugs. According to Project Manager Koen Rooms, “The tackles helped us in reducing the time taken for installation and making the operation safer.” He adds, “A test lift was performed a day before the scheduled lift to precisely execute the operation. The bridge was lifted at a radius of 27m and installed in five hours.”