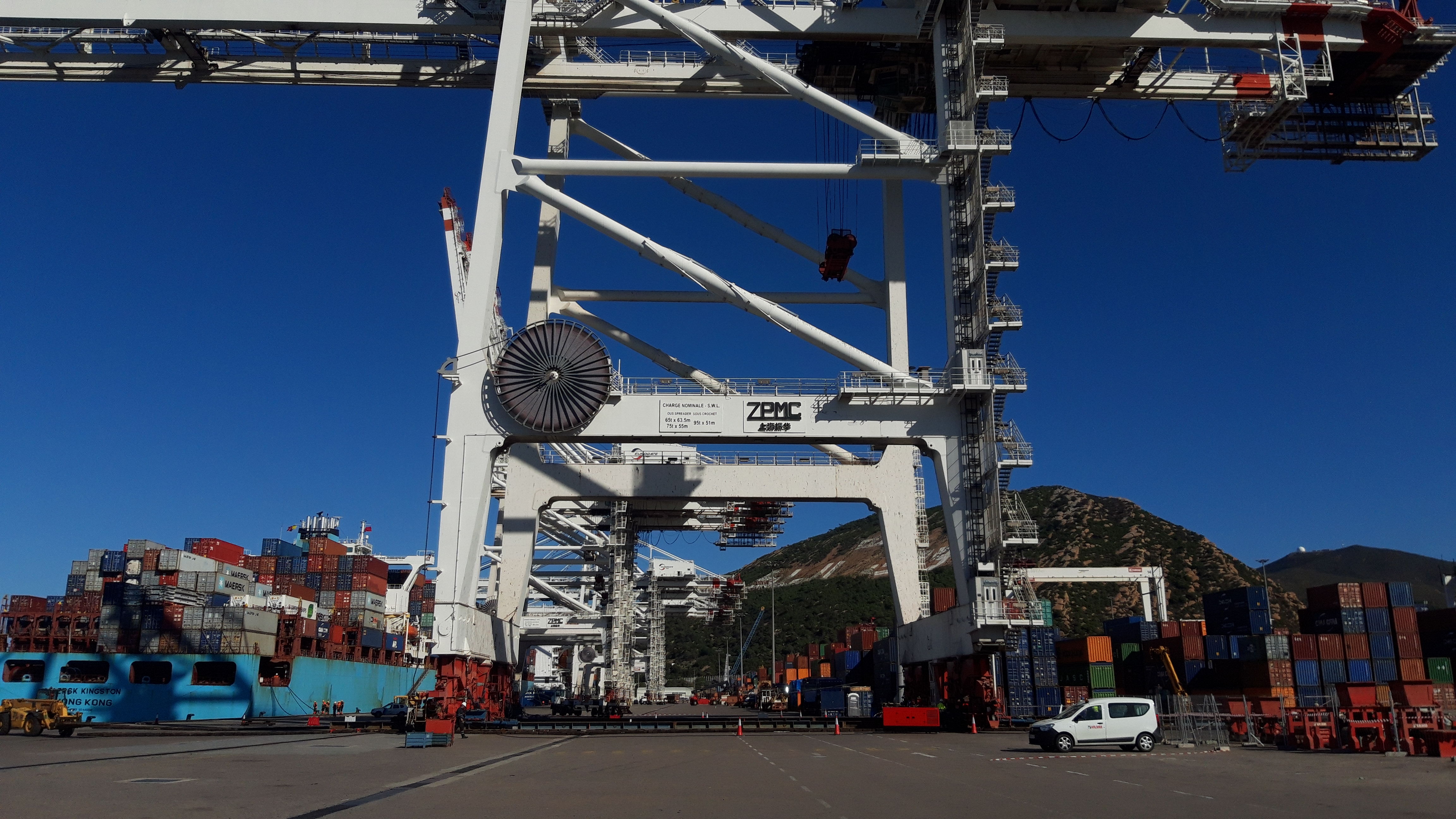 Since early 2020, Sarens had been at the Eurogate Terminal in Tangier, Morocco, working on behalf of client Kalmar to skid several STS cranes 170 metres back from the quayside. This particular container terminal is the southernmost facility in the Eurogate network on the Strait of Gibraltar in Morocco.

As part of the operation, Sarens will be skidding four 1.600-tonne STS cranes to a working area so that the client could perform heightening works on each of them. Once completed, the cranes are then skidded back to the quay.

To move the STS cranes, Sarens used the Sarskid 400 system, including:

The compact Sarens Sarskid 400 beams with hydraulic skid shoes were essential because they made it possible for the STS cranes to be lifted from their rails and then skidded over the beams. Furthermore, the four gripper assemblies, controlled by two connected power packs, made it possible for the whole manoeuvre to be operated by a single remote control.

Sarens is honoured to have worked with Kalmar on this important project, proving once again that there is nothing too heavy and nothing too high in the world of heavy lifting.