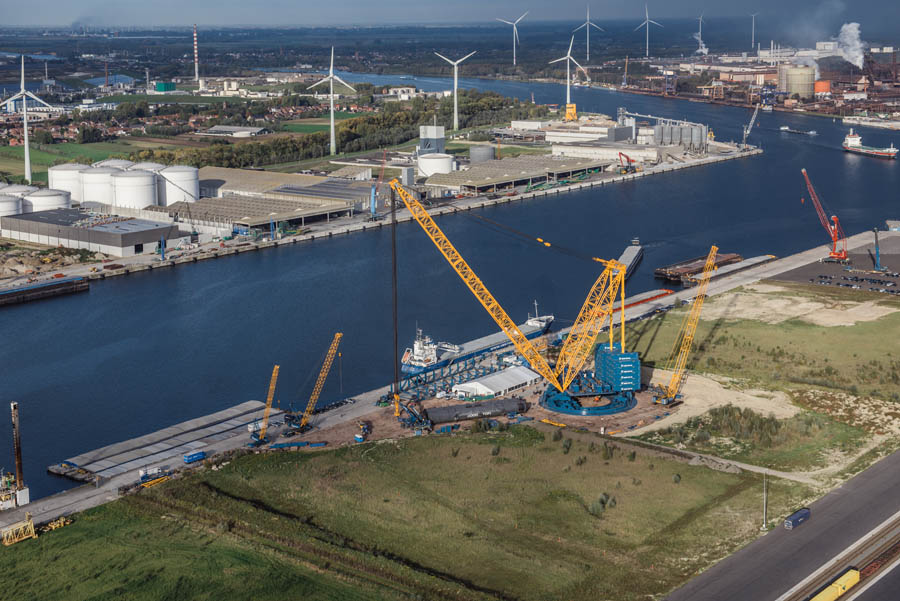 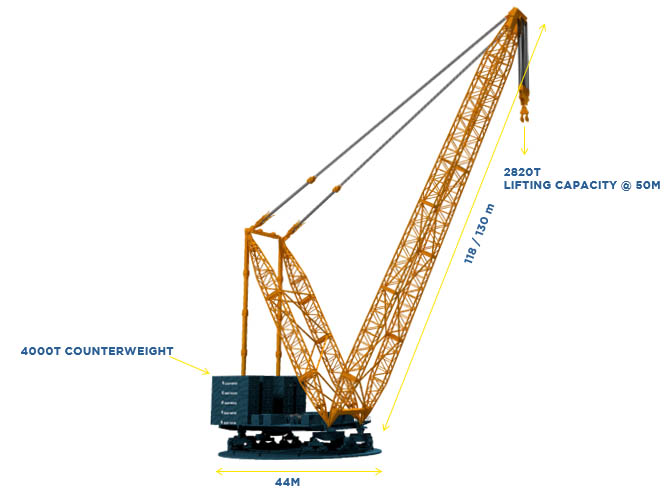 The SGC-140 (Sarens Giant Crane - 140) was launched in Ghent. Sarens held an inauguration event on Friday 13th of October 2017, where a number of journalists and key Sarens contacts attended the initiation of the largest crane owned by the organisation. CEO, Wim Sarens, and Director of Technical Solutions, Projects and Engineering, Carl Sarens, presented respectively the crane from a commercial and technical standpoint to the audience that attended. Watch the video of the launch here.

The new features added to the crane include:

It is important to note that, as the SGC-140 bares many similarities to the SGC-120, Sarens commercially expects the SGC-140 to have a comparable trajectory to that of the SGC-120. The SGC-140 will begin its journey in Kazakhstan, where it will be of seminal importance to the completion of a part of the TCO project (the largest contract that Sarens has signed in its history of 62 years). For technical information on the SGC, we invite you to review this presentation.