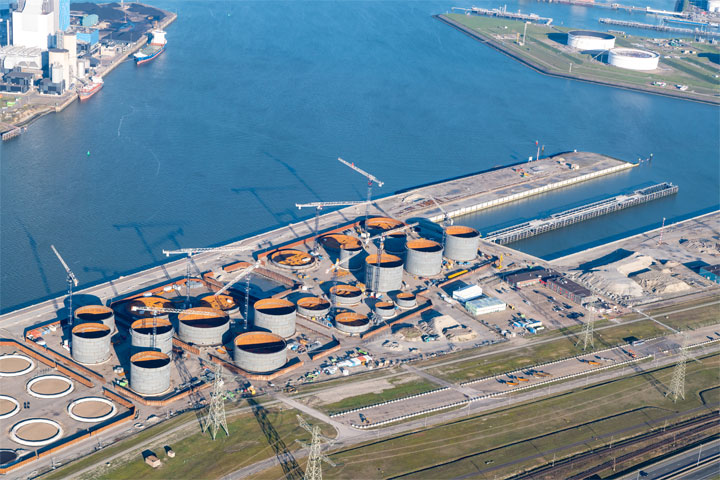 HES Hartel Tank Terminal situated at the Maasvlakte in the Port of Rotterdam is a state-of-the-art terminal that will offer 1.3 million cbm storage capacity for clean petroleum products and biofuels. The terminal is getting designed to comply with the highest safety and environmental standards and latest regulations.

Sarens has been commissioned to lift the 44 dome sections weighing around 7T at the HES Hartel Tank Terminal at Maasvlakte, Port of Rotterdam in the Netherlands. The project will be carried out in two phases and will include lifting of domes onto the tanks.

During the project Sarens will be deploying its AC-700 along with other equipment according to load dimensions. The team recently performed the lift of the first dome. The dome weighing 7T was lifted by AC-700 along with the tackle arrangement and placed onto the tank. The wind speed was analysed and with complete synchronization the rigger carefully instructed the crane operator using radios to execute the lift safely.

To watch the video of the first lift click here!