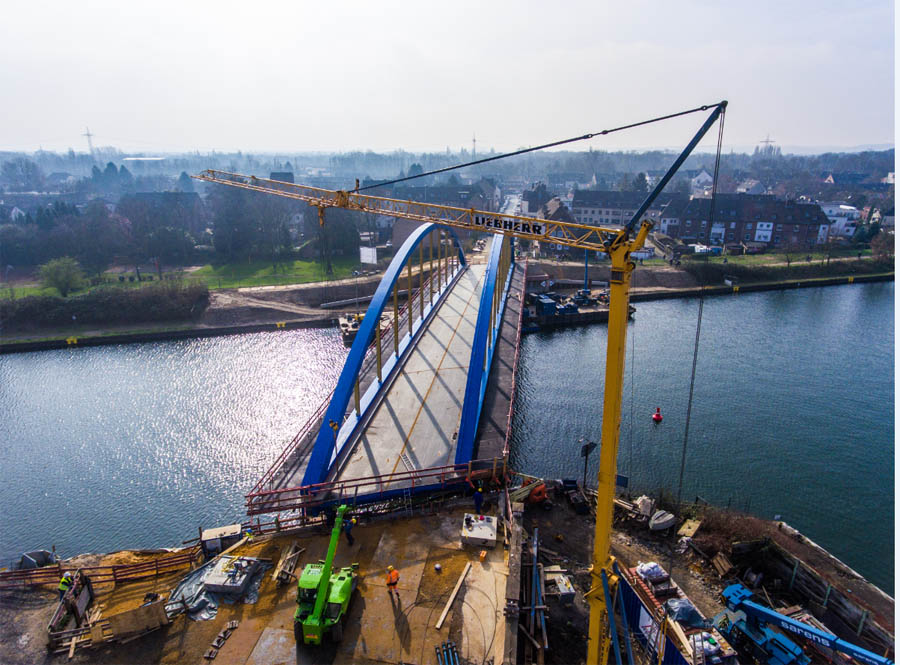 Pioneering Spirit was built in South Korea by Daewoo and arrived in Rotterdam for final outfitting in January 2015. Sarens was involved from the early stage of concept and solution development until execution relating to the installation of 12 of the unique 2000-tonne topsides lift system (TLS) beams on board the Pioneering Spirit, performed between January and September 2015 using self-propelled modular transporters (SPMTs) and barges supported by detailed engineering.

Additionally, Sarens was contracted by Iemants in 2014 for the jacking - loadout and transfer of the vessel's 4,200 tonne, 150 m long and 65 m wide stinger. The first step of the operation was the jacking up of the stinger using Sarens' CS5000 jacking system, which allowed Iemants to finalize the construction. The completed stinger was subsequently transferred from the construction location in Vlissingen, the Netherlands, to Allseas' purpose-built stinger barge, Bumblebee.

This challenging transfer operation was the first step in the loadout using Sarens' barges Paula & Jan, which were positioned in a catamaran configuration using a total of 168 axle lines of Kamag 24 SMPTs. On board the barges, a total ballast capacity of 30,000 tonnes was installed for safety and control reasons over the stern loadout operation, which was tide dependent. After the loadout, the barges were rotated 90 degrees, allowing the Bumblebee to be accurately positioned in between the Paula & Jan barges by means of a winch controlled operation. Once the Bumblebee was in final position, the transfer of weight from the Sarens barges to the Bumblebee was performed using the latter's ballast system, a procedure supported by detailed design and engineering.

Carl Sarens, Director Technical Solutions & Engineering, points out the above achievements are the result of an intensive and successful cooperation between two world-class companies, both proud of their skilled and dedicated staff which were the basis of this success!

The vessel is expected to start offshore operations this summer, with removal of the Yme topsides in the Norwegian North Sea.