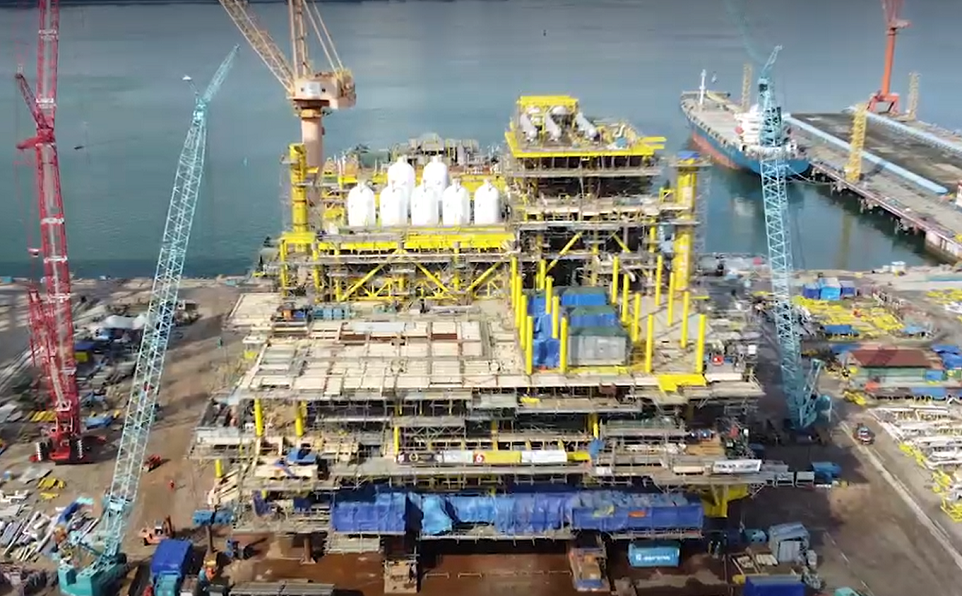 The crew used the following equipment:

The CS5000, one of the most advanced jacking system, is used for lifting ultra-heavy modules and structures and has a jacking capacity of 5000T per tower. The team had to fabricate a new part for the CS5000 jacking system to customise it for lifting the CPP topside modules weighing 21000T.

The equipment was sent to site via road and sea transport from Belgium, Egypt, Vietnam, Indonesia, and Malaysia in three months. The CS5000 was set-up in a month underneath topside. With close cooperation between the teams and with the client the set-up was safely completed ahead of schedule.

The shifting of the module was carried out in two phases:

According to the assistant project manager, Ridzuan Jamiran (Operations Manager, Tim Van Hoeydonck) “The most challenging part of the project was the installation and positioning of the jack.” He adds - We had to do it in three steps:

Sarens Assistant Project Manager, Ridzuan Jamiran, says, “We are extremely proud of this amazing job where we used eight sets of the CS5000 jacking system and a combination of SPMTs to jack the 21000T topside module. We are thankful to all the stakeholders involved with the project for successfully and safely completing the project.”