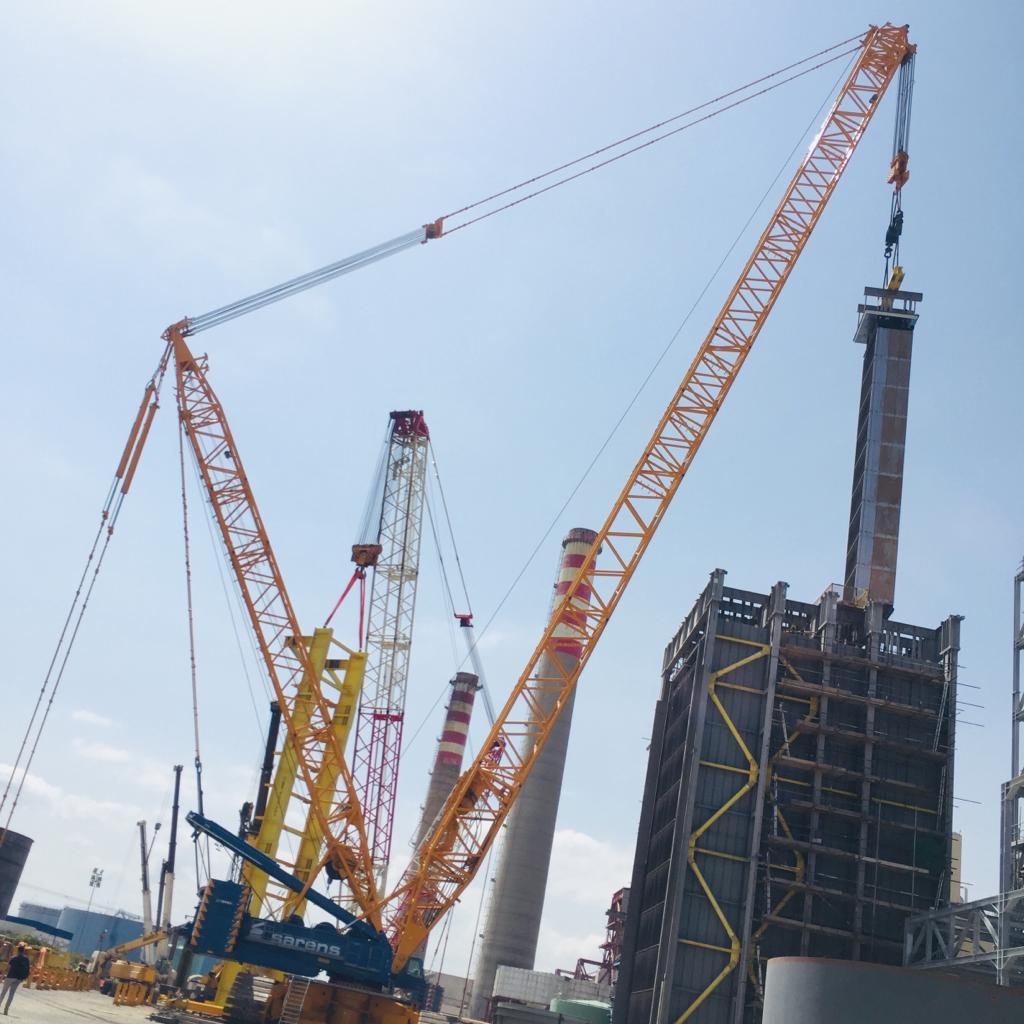 From August through September of 2019, Sarens was on site at the Rades Power Plant "Phase C" in Tunis, performing a series of lifts with its 1.250-tonne CC-6800 crawler crane in SSL 84m configuration.

During this time, Sarens lifted 12 HRSG modules and three drums, all thanks to the hard work and expertise of two crane operators and one lift supervisor.

The equipment for the operation was delivered from Belgium to Tunisia via ship, and crane parts were then transported from the Sousse port (140 kilometres from the work site) via modular, LB, and FB trailers. Transport took approximately five days, with additional days for TP inspection and testing. One of the main challenges the team faced was coordinating transport in order of assembly, as there was no opportunity to store equipment on site due to tight space constraints.

With the crane rigged and positioned between buried trenches and pipes, Sarens then began installing the HRSG modules and drums. The modules varied in dimension, with HRSGs weighing between 142 and 349 tonnes and drums between 18 and 82 tonnes. The heaviest lift weighed in at 435 tonnes.

As part of the operation, each module was offloaded from the trailer and placed on an uprighting frame. Next, the crew proceeded with tailing, lifting, and installation. Tailing was done with the 600T CC2800-1 crane, which needed to slew as the CC-6800 performed the load hook-up and until the complete module was lifted. The operation involved hook-up over the boiler structure, slewing to the installation position, and hooking down the load slowly into the HRSG structure.

The crane remained on site for one month. All lifting supervision was done by the client, and rigging crew and auxiliary cranes and workers were also provided by the client. Sarens would like to thank everyone involved with this project!