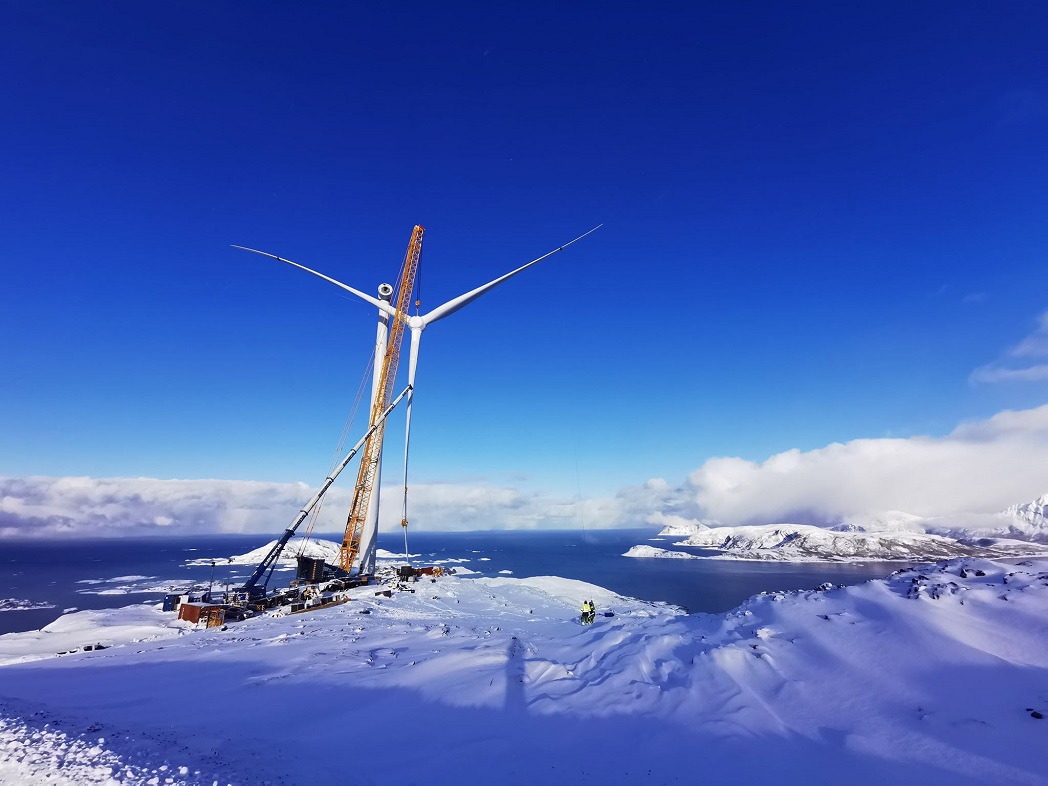 Sarens expertise in the wind energy sector has been an asset in helping clients like FairWind and Siemens Gamesa erect several wind turbines at a Norwegian wind farm in Kvitfjell Raudfjell. Beginning in August of 2019, Sarens was on site to see the project to completion.

The following teams and equipment were deployed to carry out the operation:

The third preassembly team used an AC 500-2 in HASSL configuration to assemble the first two tower sections and an Explorer 5500 auxiliary crane for tailing and relocating the 500-tonne crane.

“In the beginning, there was only one main crane: the LG 1750,” says project manager Adam Kopaczewski. “After three months, the client decided to order one more main crane team, and from November 2019 onwards we also had the LG 1550 and AC 200 as a second main team.”

An advantage of using the LG 1750 and LG 1550 cranes was that they did not need an SL for assembling this particular type of wind turbine at a worksite difficult for crawler cranes to manoeuvre. The wind farm is located on a mountaintop, and when relocating crawler cranes from one pad to another, the crew would have had to completely disassemble them. This is why Sarens opted for mobile lattice boom cranes, saving considerable time when moving cranes.

All cranes arrived via special vessel and were unloaded 40 kilometres away from the project site, at Tromso harbour. Then, Sarens transported the crane components to the site via truck. Assembling the cranes proved challenging: Sarens had to use a special container to support the main boom because the level difference between the main crane’s hardstand and the boom assembly area was sometimes as great as 10 metres.

The Sarens crew lifted all wind turbine components, including three tower sections, the nacelle, the generator, and full rotor. The largest load was the nacelle and generator, which weighed 103,5 tonnes!

Aside from the terrain, weather was the biggest challenge the crew faced. From November through April, the worksite was covered in snow as deep as seven metres in some areas. Meanwhile, wind speeds sometimes reached almost 40m/second.

Nevertheless, the crew worked tirelessly to complete this project. Working in two nine-hour shifts, they lifted each of the wind turbines in place. The team included several crane drivers, ten riggers, five truck drivers, and two site managers. Sarens would like to congratulate each of them for their tireless effort and dedication to this important project.