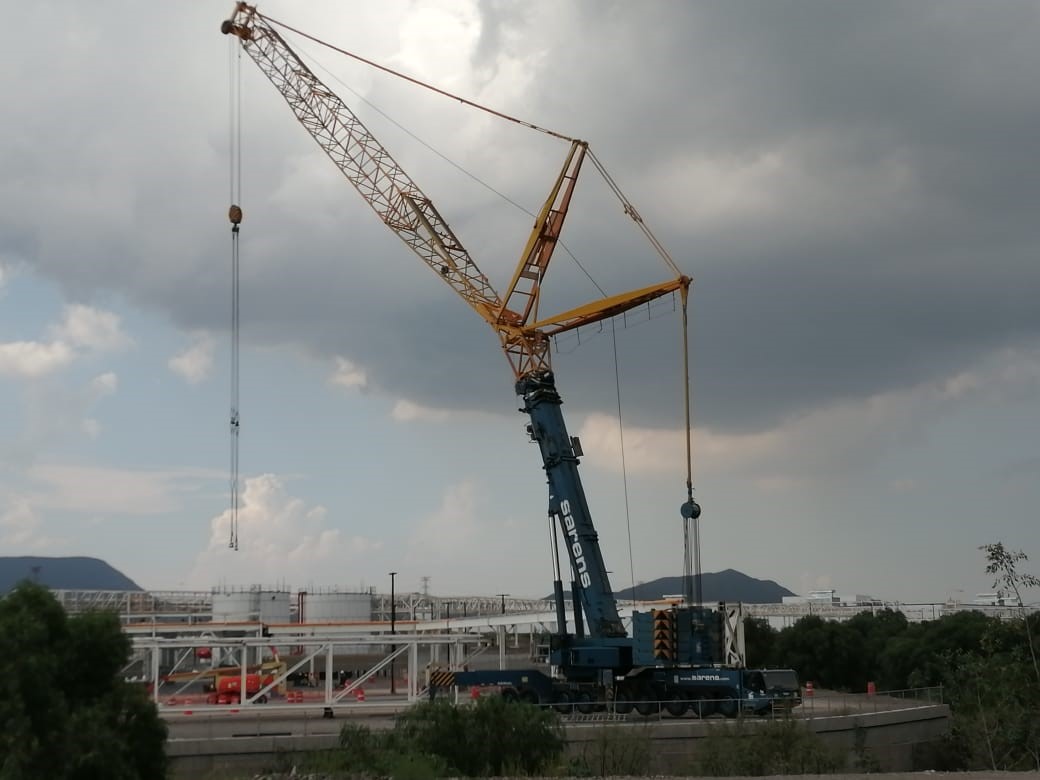 General Motors commissioned Corey for the assembly of its plant in Ramos Arizpe, Mexico. Sarens was commissioned by Corey to lift the trestle section in a limited space.

The trestle section measured 98m long, 4m wide, 4m high, and weighed 30T. The length of the section posed a challenge while lifting in a small space. Sarens team decided to deploy our AC700.

AC700 was selected as it was the only telescopic crane capable of safely and quickly lifting the section. The crane was driven to the site and its accessories were transported using seven platforms. The crane was set-up in a day and performed the lift to perfection.

The team initially estimated the operation to last two days but with our skilled crew of three and AC700, the lift was competed in a day. The client was very pleased with the performance of Sarens as our team could lift a long section in constrained space, in a simplified manner, and half the time. Jorge Mendoza, the representative from the client remarked, “Thanks to Sarens team the last piece of General Motors plant was placed with the biggest crane ever worked in the project and all went better than expected.”