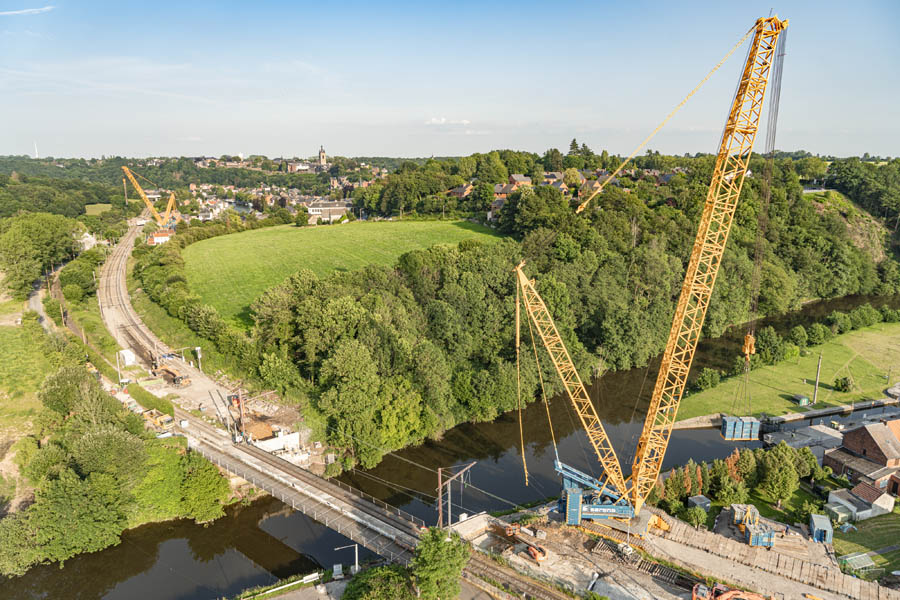 This June, Sarens spent five days on site in Thuin, Belgium, removing two railway bridges on behalf of client Franki and then lifting a new bridge in their place.

During the planning stages, Sarens had proposed to position its crane as close as possible to the water to be able to complete the job with a smaller crane working at 98%. Sarens studied all sequences in advance with the client, carefully planning how to position prefabrication areas for the construction of new pieces.

The main challenge the crew faced was completing all lifting operations within five days, which included the removal of the two 250-tonne bridges and the erection of the new bridge. To install the new 300-tonne structure, Sarens had to first place two new supports weighing 160 and 200 tonnes each, and then lift the bridge into place.

Sarens is pleased with the successful completion of this project and wishes to congratulate project manager Abderahim Bouazza and key account manager Pieter Augustyn, as well as the crew, for their commitment and dedication to this operation.