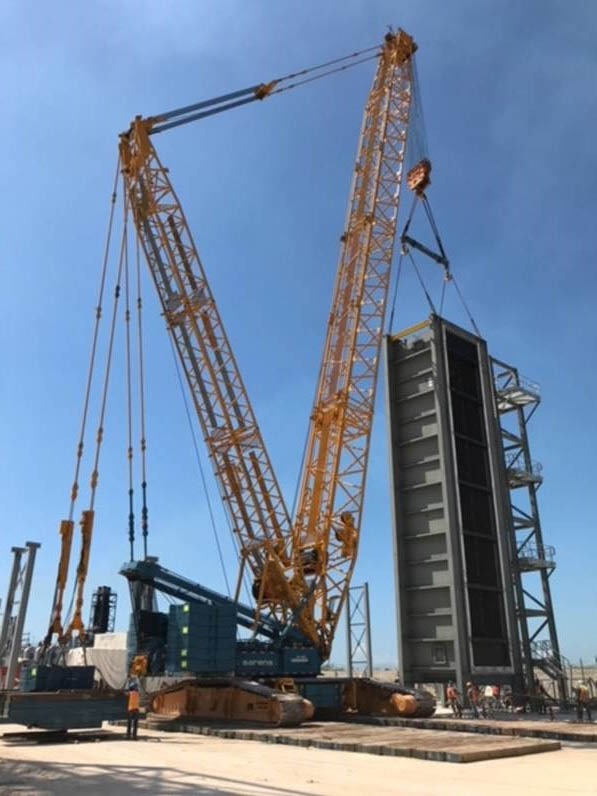 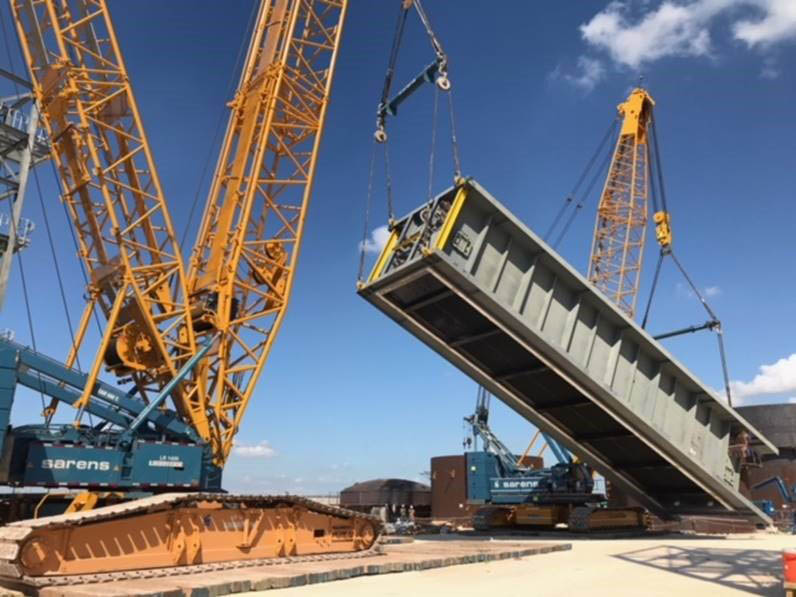 What happens when you bring together an engineering team from Mexico, sales teams from Europe and Latin America, and coordination between Sarens offices in North America and Belgium? A successful operation in Jamaica.

Sarens recently mobilised its global expertise to help client TSK install HRSG modules at a power plant in Jamaica. The 190MW combined cycle plant is being constructed for the Jamaica Public Service (JPS), and will be located in the fishing village of Old Harbour Bay, some 70km west of Kingston.

"This project had to be commercially concluded and executed in a very short time frame," says Dimitri Laurent, Sarens Regional Sales Manager, LATAM, of the fast-tracked project. He and the Sarens team responded to this challenge with flexibility, agility, and coordination between Sarens offices across the globe to meet TSK's requests.

"We quickly involved the engineering department from Mexico to work on the preliminary lifting studies and the sales teams from Europe and Latin America, with operations coordinated between North America and headquarters in Belgium in order to deliver quick commercial, technical and operational solutions," says Laurent. "International teamwork was the key to success."

Sarens received an RFQ in early December, sent an initial quote mid-month, and met with the client in January to finalise discussions. The team received a letter of intent on January 25th and mobilised equipment shortly afterwards.

During this process, Sarens engineers in Mexico had performed an engineering study and selected the appropriate cranes and configurations for the project. There was no availability of stools or transport beams on the island, and no time to produce them locally or regionally, which meant Sarens would have to act quickly to deliver the necessary equipment to the project site in Jamaica.

Just four days after the LOI was received, the client collected stools and beams from the Sarens yard in Europe. At around the same time, Sarens' Mexican business unit dispatched crawler cranes in order to meet the tight schedule.

The operation, which began in March and will conclude this month, involves lifting HRSG modules that weigh approximately 200T each. A 10-person crew is lifting them at a 13m radius, with a hook height of 35m. In total, Sarens is performing 18 lifts at the project site.

Once the HRSG module installation is complete, cranes and support equipment (including stools and beams) will remain on the project site for two months, where they will be supporting construction of the stack.

We commend the Sarens team across the globe for coordinating on an international scale to meet the client's needs with agility, creativity, and excellence.

"Sarens showed top professionalism during the tender stage, clearly identifying our main needs in the project through a highly customised offer," says Francisco Berdasco Balbuena, Departamento de Compras, TSK. "It's worth mentioning their quick reaction time and pragmatism in coming to a mutual agreement in a timely and orderly manner."