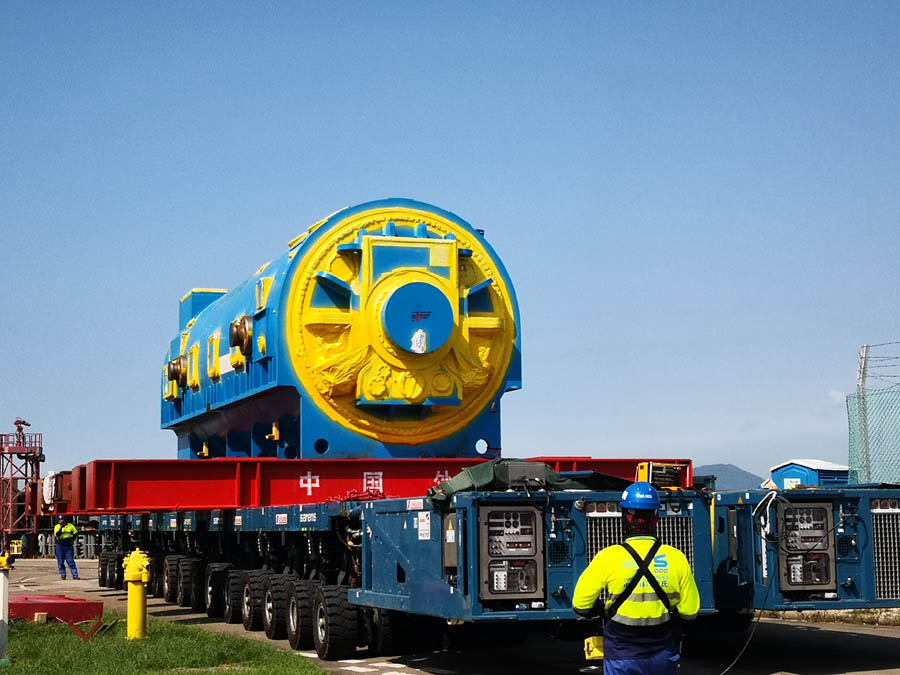 At the beginning of the project, the 450-tonne generator had been transported to a secure place at the HK Black Point project site by two 16-axle SPMTs. A six-person crew used an NTL 900-tonne floating crane to transport it to the lift site, working within the confines of a small site with heavy traffic. The generator, which measured 13.6 x 4.5 x 5.6 metres, was then transported to the lifting position and lifted and rotated into place.

To execute the project successfully, Sarens relied on 32-axle lines SPMT, two 250-tonne overhead cranes, and a CC6800 in SSL 96m, SSL/LSL 108m configuration. The equipment was mobilised by barge from Belgium, and transport took about one month. Assembly of the CC6800 took about one week.

In all, 20 crew members were involved in the operation. Sarens congratulates every one of them for a job well done!