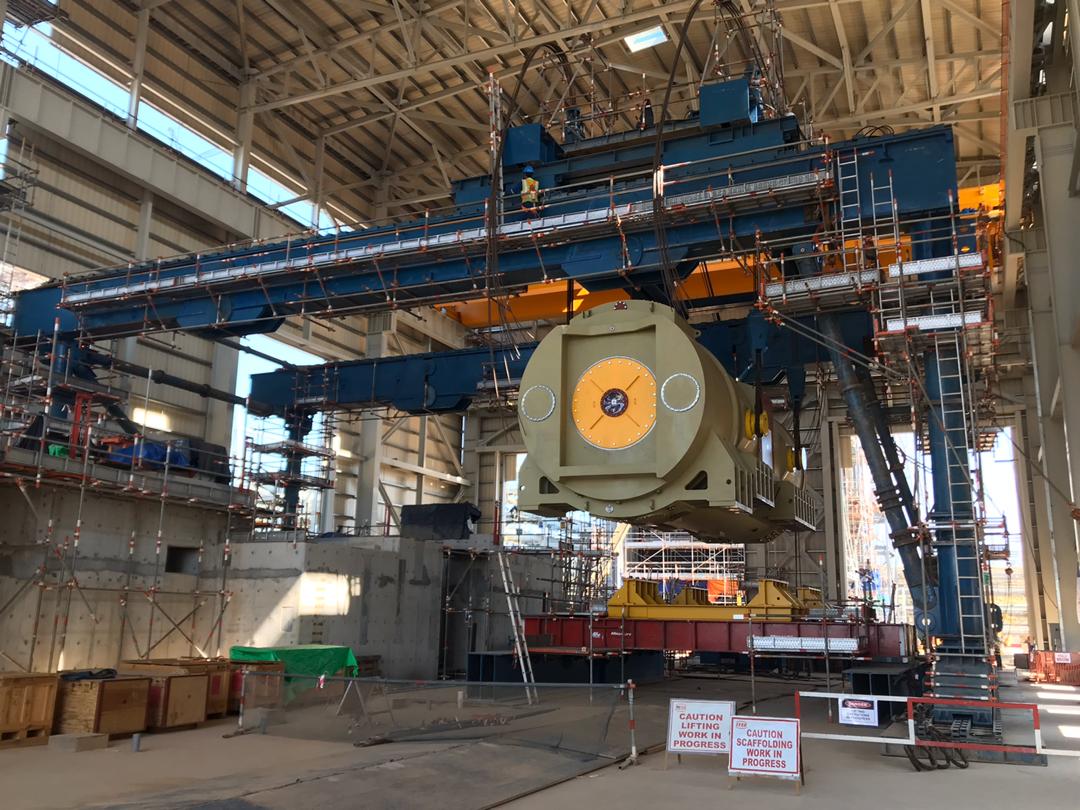 Each unit of the gas turbine generator and gas turbine weighed 445T and 440T respectively. Sarens had to lift and install three units of each inside the turbine building in a very confined space.

There were 3 units of turbine buildings and both the sections had to be lifted around 3m from the floor to the foundation. Sarens decided to deploy the modular gantry system with 4-units of 185T strand jacks and skidding equipment due to limited space available.

The team of 8 took 10 days to assemble the gantry system inside the first building and 1 day to lift both the units. The disassembly of the gantry and re-assembly inside second building took 20 days and similarly for the third building. The main challenge was to lift the gas turbine precisely in the confined space available between the top of the erected gantry and the building structures. The team safely performed the installation by lifting the units with strand jacks, skidding them, and finally installing them onto the foundation.