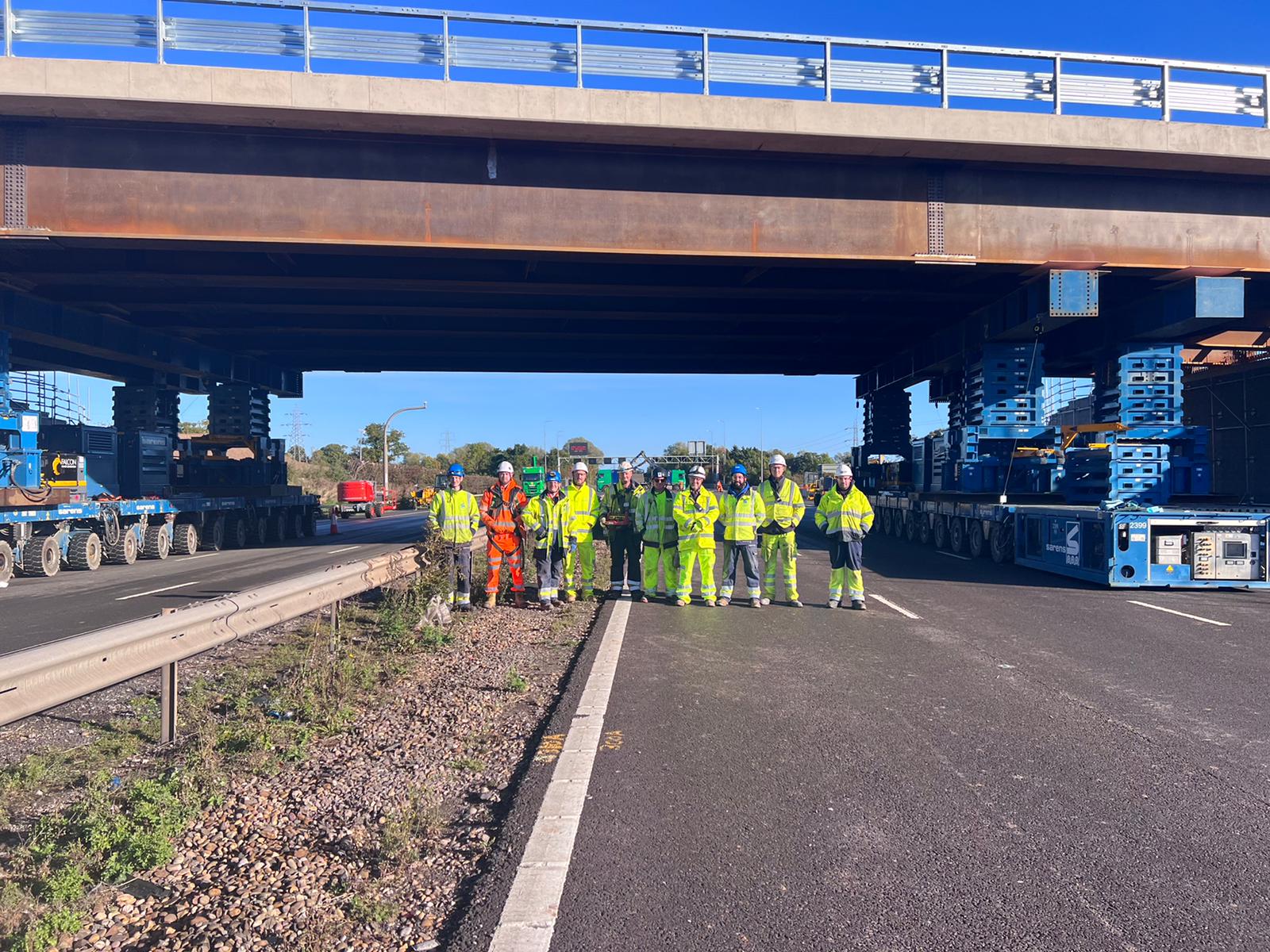 Sarens, working on behalf of Severfield and Skanska, installed two bridge sections as part of National Highways’ major £282m upgrade of the M42 in Solihull.

Traffic congestion and poor journey reliability have constrained investment and economic growth around the M42 at junction 6. Having almost reached capacity, the junction has become a bottleneck, causing delays across the network. The M42 Junction 6 is being upgraded by Skanska on behalf of National Highways to mitigate this whilst also supporting access to Birmingham International Airport and train station. In order to minimize disruption to the end road user, the two bridges were installed over a single weekend rather than two separate closures.

After precise planning and thorough analysis, Sarens decided to use:

The SPMTs were transported via road from the UK whilst the jacking systems and steel work were brought from Belgium. It took three weeks to set up the equipment and raise the bridges to installation height.

The client appreciated our crew for safely maneuvering the bridges. They shared the time-lapse and said, “This new time-lapse footage shows the methodical and complex work of putting the new bridges into place as part of our upgrade at M42 junction 6. Given the scale of the task involved, the bridges were moved into place using specialist equipment”.