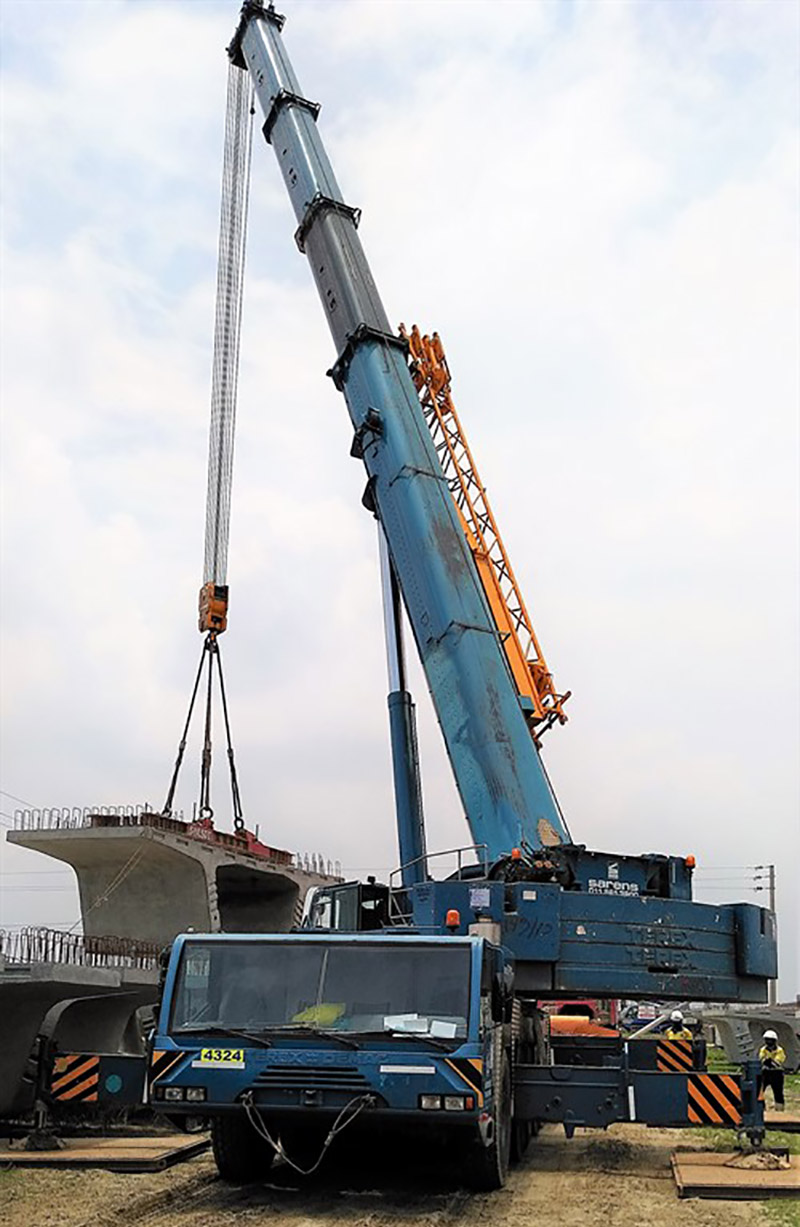 Sarens started operations in Bangladesh in June last year and recently imported their first crane, the AC200-1, which is available for both rental as well as projects. The crane was deployed in Dhaka as part of the first ever metro rail project of Bangladesh.

A project owned by Dhaka Mass Transit Company Limited (DMTCL), a state-owned enterprise, which was established to implement the metro rail network across Dhaka. It further contracted the project to Italian-Thai Development Public Company Limited which sourced Sarens for operation rental of 200T capacity tyre crane.

Sarens AC200-1, a 200T hydraulic crane was on site for around three months and was responsible for lifting bridge girders, each weighing upto 75T,  to construct the rail tracks of the metro rail. Despite space constraint and working at night, our crew of four members safely installed the bridge sections.

According to Tuhin Chowdhury, "It is a very prestigious project both for the country as well as Sarens division of Bangladesh. Though Sarens has already executed five projects in Bangladesh in the past, the AC200-1 is the first crane imported by this new entity and is already gaining popularity among clients based on its performance during the metro project.