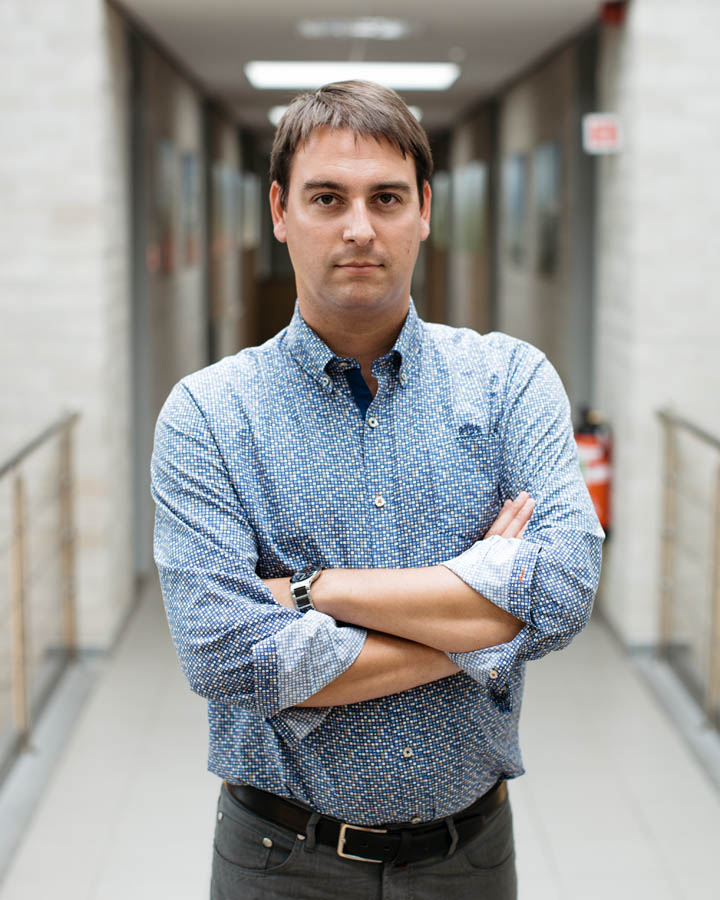 This month, Sarens is spotlighting the Group's global engineering expertise in an interview with Peter Huygebaert, Engineering Manager, Global Technical Solutions. Read on for more about Sarens' most challenging feats of engineering, the department's evolution over the years, and new engineering initiatives.

What role does engineering play in Sarens' success?

Engineering is what turns a simple piece of steel into a useful lifting beam or support that is the solution for a lift. Engineering is where the concepts are conceived and worked out in detail, where the hand sketches are transferred into scaled solutions.

But this often requires intense cooperation between the engineering team and other departments, including operations (which gives us input on practicality and timing, for example), sales (to tell us what clients may or may not prefer), fleet and equipment (to indicate what may or may not be possible with the suggested equipment), and so on.

Could you tell us more about the engineering team at Sarens?

Sarens Projects in Belgium has the biggest engineering and R&D team with some 15 CAD designers and 15 engineers. Next to engineering, there are also engineers working (calculating) in the Technical Solutions and Projects teams. On a worldwide scale, Sarens has some 170 people performing engineering tasks.

How has the engineering department evolved in the past 60 years?

I can't really speak about the early days, but most of the jobs we did then were not documented, with just a hand sketch and some quick calculations on the back of that sketch. The same person that sold and executed the job did the engineering, or thinking out the concept.

Later on, engineering became an actual department where the first lifting drawings were made in CAD software. The real 'hard core' engineering with calculation notes and detailed drawings came only later.

Nowadays, clients don't expect just a simple sketch. They want to see proof of in-depth calculations, and the deliverables for engineering are therefore a lot more extensive and more detailed now than they were 15-20 years ago.

Could you tell us about a project that has been a challenging feat to execute?

There are quite a few: the kinds of projects we work on with Sarens Projects are hardly ever not challenging. However, there are two particular projects that I still like to 'reminisce' about.

The first was a 2012 project in Burgas, Bulgaria, where we had to install two 50m long, 1.400t petrochemical reactors next to each other. We had to find a way to install both columns and outsmart the competition. There were a lot of constraints, including limited space, equipment availability and capacity, and timing. After numerous tries, I finally found a way to squeeze in 4 Sartower columns and use the massive lifting beams we had without having to modify them.

Since it was still in tender stage, I had to make sure we weren't proposing anything that could not be put into action, but as so often is the case at that stage, you don't have time to fully investigate and calculate everything. We scored the project and it was executed with a setup that only differed in small details from what was on the drawings submitted with the final bid.

The other project was the land and sea transport of various modules and columns for the ExxonMobil Refinery in Antwerp in 2016. This project encompassed a large variety of operations: SPMT transports, load outs (both with and without tides), sea transport on barges, grillage design, river transports, lattice boom and telescopic crane work, jacking, structural calculations, and more. That, combined with the complex logistics and the very tight space we had on the refinery, made this one a real challenge from which both the Group and I personally learned a lot.

Could you tell us more about a major project executed this year?

Early this year, we transported and installed a pylon for a bridge in Sunderland, UK. The pylon was transported on river barges first, taken over on a sea barge, sailed to the UK, and erected in a way similar to how a lattice boom crane erects its main boom: by using a back mast. This project involved a lot of challenging calculations, specifically for the erection part. My role wasn't that big, and the engineers and CAD designers working on it deserve all the credit there.

Please tell us more about your current research and development.

The RDTS team, led by my colleague Line Rigo, does the R&D. She and her team recently developed a new, even bigger SGC crane: the SGC 140. The crane has been very well received by the industry and we are looking forward to accomplishing some great projects with it.

Have you introduced any new initiatives within your team?

Line and I have started formalizing competence management inside the technical departments (Engineering, RDTS and TS) on global scale. We kicked it off by redefining the actual job descriptions of the functions inside the department, based on the input of the global engineering team.

In parallel, we're developing a platform to train and test people, define function levels for different skills, formalize training schedules, etc. This is still in a startup phase, and will require a lot of effort to get it all in place, but the first trials are proving to be very helpful, efficient, and effective.

We have also worked out a new calculation template for SPMT calculations. It is a lot more accurate, easy to use, more visual, and has more functionalities such as spine beam calculations and easy implementation of COG shifts.

Could you tell us about the "Engineering Days" at Sarens?

Engineering Days gather engineers from all over the world for training on specific topics. This year we covered the new calculation sheet for SPMTs and before that we focused on a.o. barges.

The new learning and testing platform is meant to provide training on a global level. When the renewed intranet is launched, we intend to intensify the cooperation between engineers worldwide on that as well.

What do you consider when hiring talent for the department?

A good team is a good mix. I need both those people who want to go outside and see and 'feel' the equipment, as well as those engineers and draftsmen who want to dig into the real detailed, specialized calculations and draft work in the office.

Depending on the profile of the person in front of me, a different career path can be set up. Often engineering is a department where fresh graduates start before moving on to a project manager of KAM position. But in any case, if there's someone in front of me claiming to be an engineer but not able to calculate a simply supported beam, there's little chance he or she will make it. After all, engineering is a department driven by knowledge.

What do you see as the key strength of Sarens engineering?

On one hand, it's ingenuity, the guts to think outside the box, and the willingness to try out new concepts by senior engineers based on their insight, experience, and "gut feeling". On the other hand, it's the people who are able to prove these concepts can be put into action by focusing on detailed, specialized, calculations and accurate, insightful drawings.