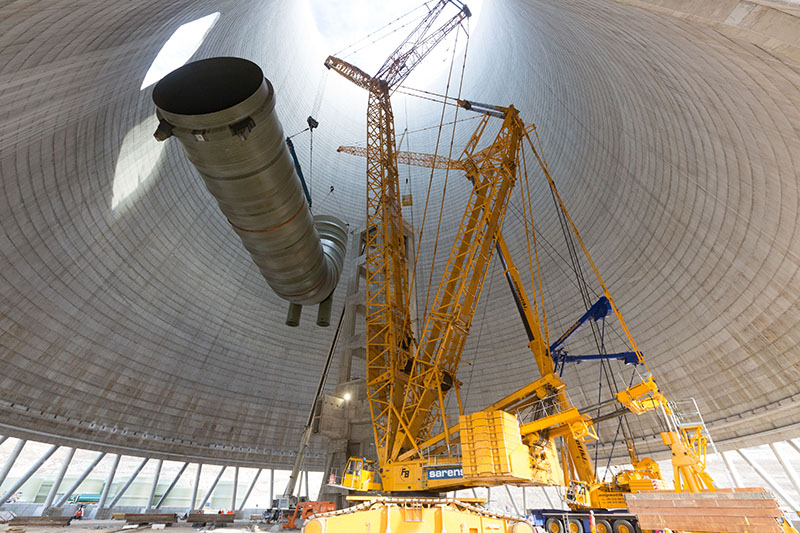 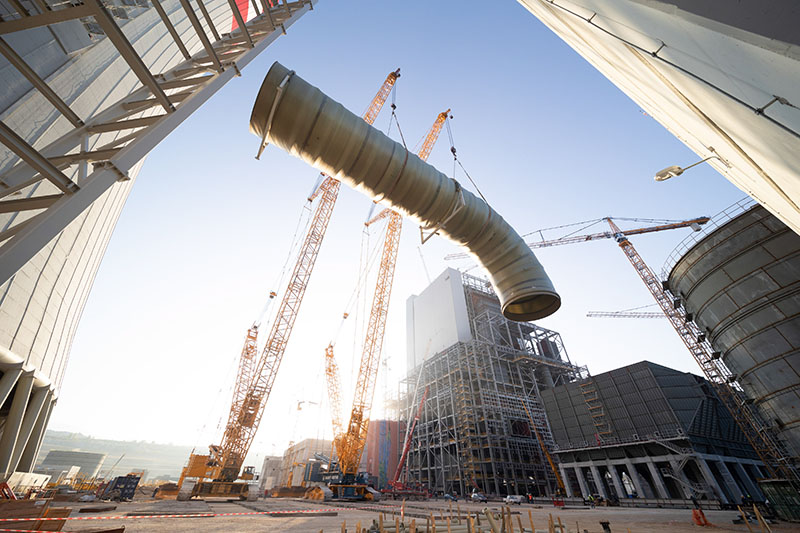 When client Terna S.A. began construction of a new 660MW power plant in Ptolemaida, Greece, Sarens’ equipment was there to support the multi-year project.

Working in close collaboration, Sarens and Terna S.A. engineered more than 100 lifts and tackle arrangements, for a total of more than 20.000 tonnes installed by Sarens cranes. The following equipment was selected for a series of lifts beginning in June of 2017 and ending June of 2020:

The new power plant was being constructed inside of an old coal mine pit in the mountains of Greece. As the plant construction progressed, the available space became more limited and cranes had to lift higher and further to continue installing new elements. The configuration of the cranes was changed multiple times to adapt to these new circumstances. In that time, multiple tailing operations and tandem lifts were executed, and one of the LR1750 cranes was even assembled inside the cooling tower.

“I enjoyed working together with the client in close collaboration,” says Project Engineer Wim de Keersmaecker, who had been involved with the project for almost four years. “We advised and assisted the client in considering different solutions, mostly from headquarters but also sometimes from the site. There were some more technically challenging lifts, like lifting the clean gas ducts inside the cooling tower, flue gas duct on the outside of the boiler house with Sarspin, or tandem lifting vertical ducts into the boiler house.”

Sarens is pleased to have supported Terna S.A. on this important project and wishes to thank everyone who was involved in making it possible.