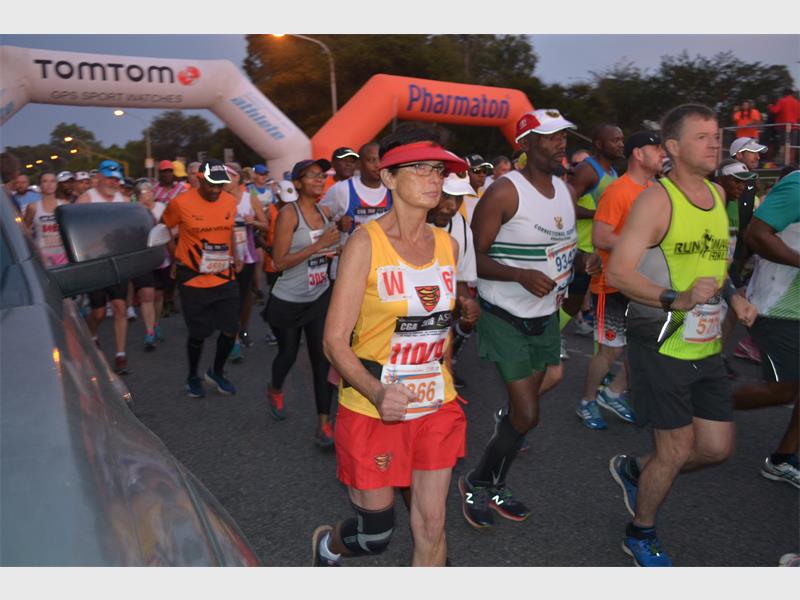 The 2017 edition of the Sarens Edenvale Marathon comprised of a 42km and 21km run along with the Shipshape 10km run and the Kidneybeanz 4km fun run. Currently in its 23rd year, the Marathon has become a widely recognised platform which aims at serving the community.

​On 12th March, thousands of runners along with their families participated in the run, hosted by the Rand Road Warriors in Edenvale and sponsored by Sarens. The event kicked off from Linksfield Road and ended at Edenvale High School's sports grounds. There were food and market stalls accompanied by great music for the entertainment of the families and kids. The routes were well marked with designated water stations and marshals at regular intervals to guide and encourage the participants. On successful completion of the respective races, the participants received an artistically crafted medal and a goodie bag along with branded accessories like t-shirts and caps.​​

Philani Buthelezi from Nedbank Running Club won the 21km half marathon and Philimon Mathiba from KPMG Running Club won the 10km run. This year the event also saw some interesting participations. A 85-year-old woman named Diedre Larkin from the Randburg Harriers participated in the 10km Shipshape run. The Deputy Minister in the Presidency, Mr Buti Manamela also participated in the 21km run to raise awareness about the  plight faced by the girl child in rural communities. For every kilometer he runs, he donates 1000 packs of sanitary towels for the underprivileged girls.

Rand Road Warriors is a road running club based in Edenvale. In collaboration with the South African division of Sarens they have been organising the Sarens Edenvale Marathon for the last few years. The proceeds of the 10km run will be donated to the Kidneybeanz Trust, a Non-Profit Organisation, working for the children with serious kidney disease, and their families. They are provided with financial, emotional and psycho-social assistance. The funds collected from the 4km fun run will be donated to the Tiles 4 Change. Tiles 4 Change is a community based anti-drug and abuse campaign concentrating in the Edenvale area. Sarens and Rand Road Warriors will also be donating proceeds from this event to Tannah's Gift of Smiles.

"When a race is as well organised as the Sarens Edenvale marathon was, it becomes a very enriching and encouraging experience for the runner and everybody else involved", said one of the participants. "A big thank you to Endenvale Rand Road Warriors and Sarens. This race is will become a permanent fixture on my calendar", he added.