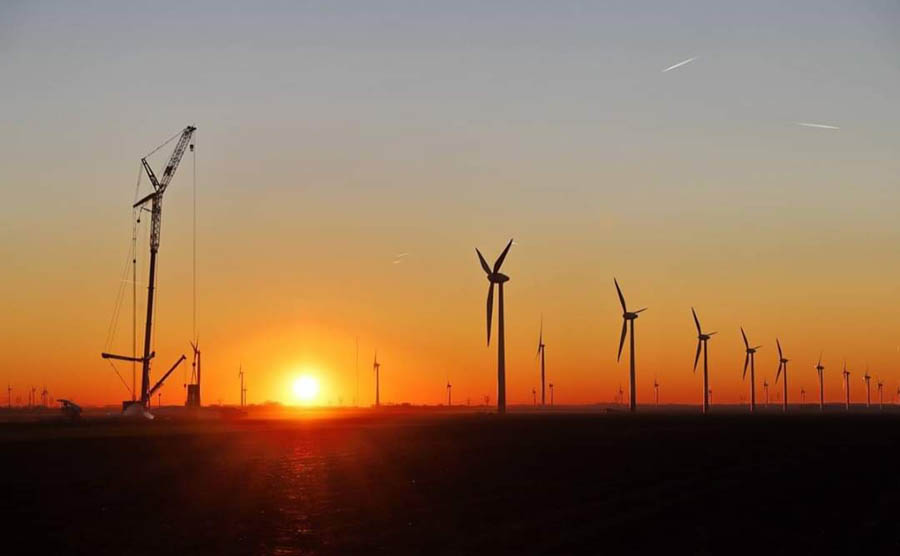 Sarens was commissioned by our client Inikti Wind to undertake dismantling of seven Enercon E66 turbines at the Windfarm 'Samen voor de Wind' in Swifterbant, the Netherlands.

The onshore wind farm comprised of 7 Enercon E66 turbines which have been operating since 2002 in the municipality of Dronten. The turbines will be replaced by Enercon E82 turbines which will generate approximately 35,000,000 KWh annually, the equivalent of the total energy consumption of around 9,000 households.

The E66 turbines had a hub height of 70m and had to be dismantled under difficult weather and extreme wind conditions causing delays. To perform a full rotor lift and to turn the rotor without auxiliary equipment, Sarens decided to deploy LTM1750 with fly jib (28m) and use AC130 as the tailing crane.

LTM1750 came from the south of Belgium, were it was working on the installation of wind turbines of Senvion. Once the crane was on site our team had to supply steel plates for the entry of the site and to prepare the hard stand and some extra wooden mats to reduce the ground pressure. It took the team two days to set-up the crane.

Sarens dismantled the rotor, generator, nacelle, and four tower sections of the seven turbines having a maximum weight of around 50T. The operation was safely competed in around 25 days.